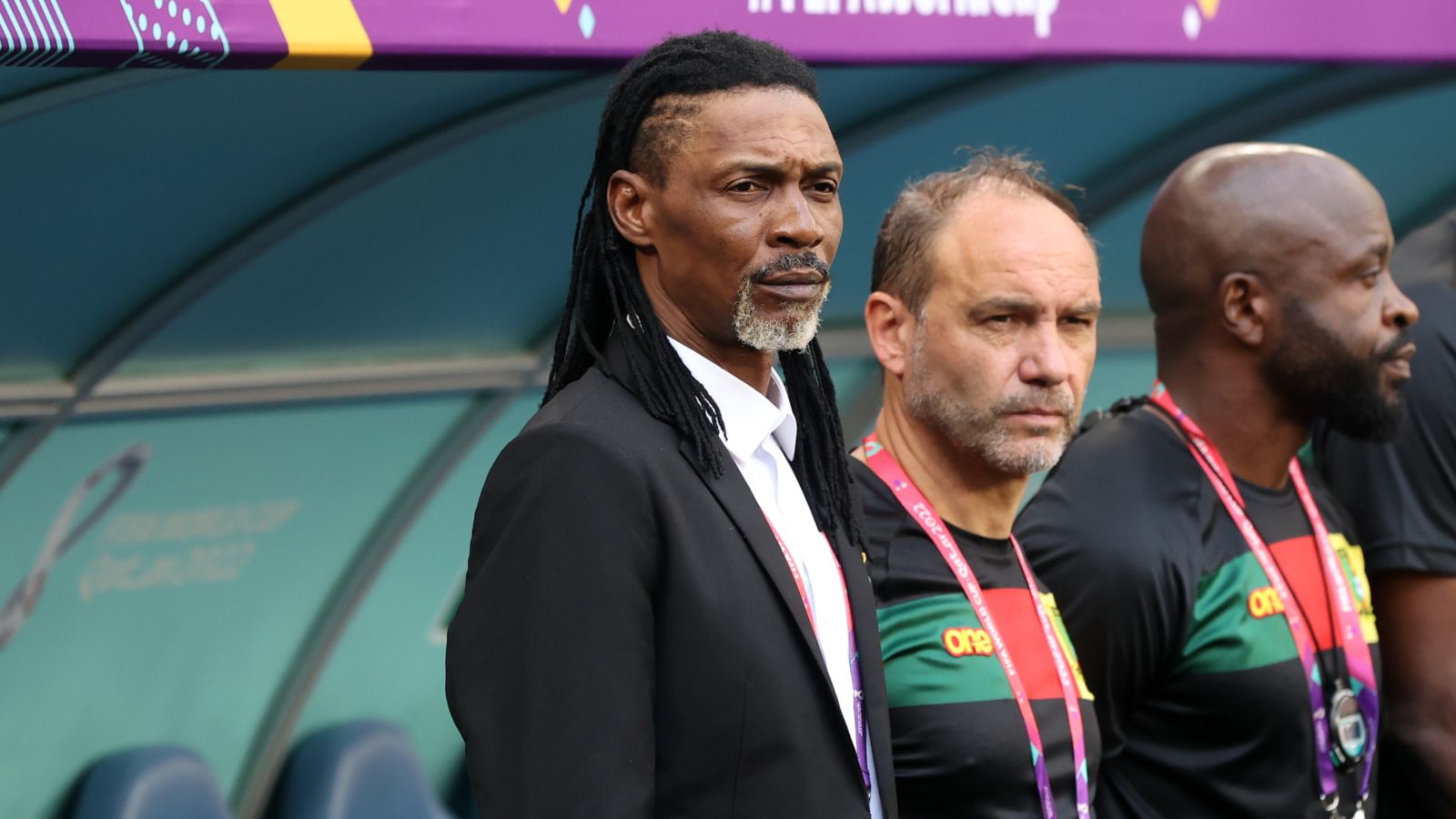 Cameroon head coach Rigobert Song has praised his side after they battled from being two goals down to draw 3-3 against Serbia on Monday.

Song said: “We were leading and then after those two (Serbia) goals we thought it was over. But we saw that the players rallied back and I can only be happy about that.

“The most important (thing) is to give the Cameroon people emotions. What matters is the mindset and the collective spirit and in that regard, we played a great game. We showed fighting spirit.”

Cameroon avoided a record-equalling ninth successive World Cup finals defeat, but while both they and Serbia retained hopes of reaching the last 16, Brazil and Switzerland remain favourites to progress from the group.

Cameroon’s Inter Milan goalkeeper Andre Onana was controversially left out of the squad amid pre-match reports of a training ground bust-up with his head coach.

Song said: “He is a very important player, but we are in a competition and my role is to put the team first ahead of an individual.

“He’s one of the best keepers in Europe. This is not about his performances, but you have to preserve the squad. Maybe we needed a strong signal.

“It’s a big risk that I took. But I’m the dad of these kids, so when I have to take risks and make decisions, I do that and I stand by what I do.”

Serbia head coach Dragan Stojkovic could not hide his disappointment and felt both Cameroon’s second-half goals were down to “two huge” defensive lapses.

Stojkovic said: “Of course, players should not lose their heads. We are frustrated as we wanted the win and had the match in our hands, but our silly mistakes allowed Cameroon to avoid defeat.

“We made two huge mistakes in the defence. At this level it is very dangerous to go high up when your opponent has the ball.

“These two mistakes cost us victory. It is difficult to understand and completely unnecessary.”