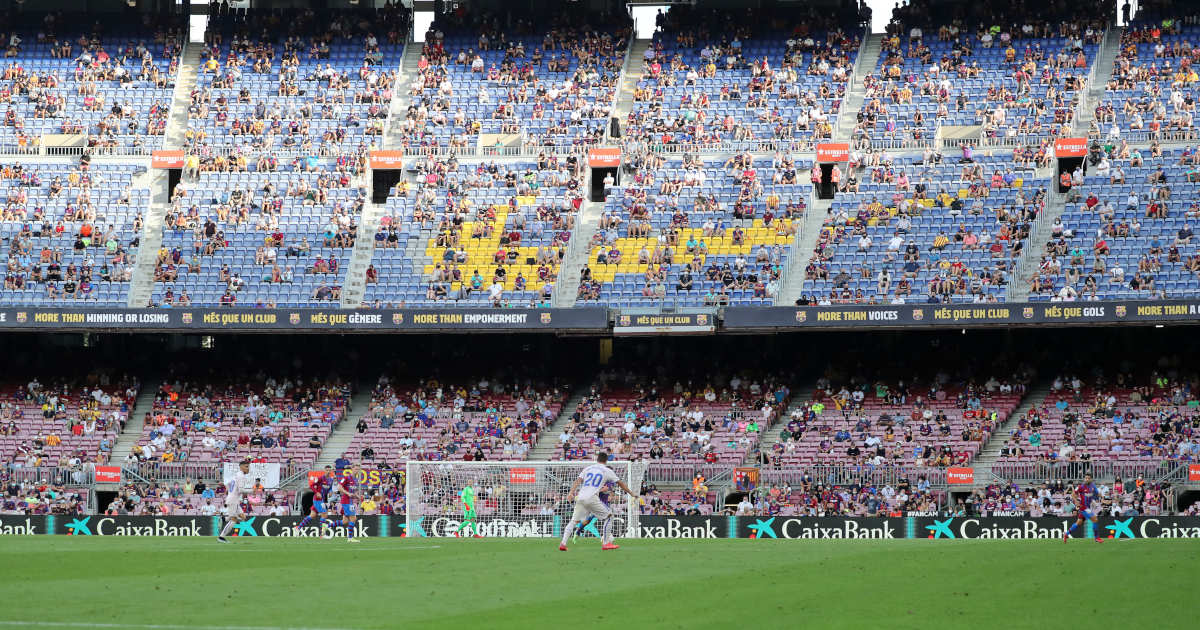 Camp Nou is a perfect visual metaphor for Barcelona’s current problems, crumbling while executives and former executives argue among themselves.

For understandable reasons, the recent frantic discussion about Barcelona’s current plight has largely been about the players. The departures of Lionel Messi, Antoine Griezmann and others have grabbed headlines around the world, but there is another famous name that has been affected by the club’s financial difficulties. The Camp Nou itself, as much an icon of one of the world’s most famous football clubs as any star player, is in need of repair and the redevelopment of the site has been delayed by the coronavirus pandemic and planning issues. With the club now €1.3bn in debt, the project continues on a glacially slow trajectory towards actually starting.

These plans have been a long time in the making. The initial invitation to tender was launched to celebrate the 50th anniversary of Camp Nou’s opening, and in September 2007 it was confirmed that celebrated architect Norman Foster’s company had been chosen for the job, which included the addition of 6,000 seats for a maximum capacity of 105,000, at an estimated cost of €250 million. The plans would, upon completion, make Camp Nou the third biggest stadium in the world.

But circumstances got in the club’s way. There was considerable opposition to their plans to sell the Mini Estadi – used by Barcelona B – to proceed with the redevelopment, and the 2008 global financial crisis ensured that the plans were put on hold. When Sandro Rosell, who had previously described selling the Mini Estadi as “selling the crown jewels”, was elected as the club’s President in June 2010, the plans were effectively stopped dead in their tracks.

In 2014, they returned when Rosell was forced to resign his position after a Spanish judge ordered the start of a hearing to investigate him over an alleged misappropriation of funds over the €57m signing of Neymar, and he was replaced by Josep Bartomeu. The club’s directors had already changed tack on their intentions for the development, with any plans to completely demolish the stadium replaced with a remodelling project.

Bartomeu held a referendum among the club’s membership which resulted in 72% voting in favour of the grandiose ‘Espai Barça’ plan, which had been budgeted at a cost of €600m and which would include not only the stadium redevelopment but also a new Palau Blaugrana (a multi-purpose venue for the club’s handball, basketball, roller hockey and futsal divisions), an attached pavilion (the ‘Petit Palau’), an ice rink, club offices, open spaces and parking.

For the next four years, the redevelopment had a stop-start air. On the one hand, the Mini Estadi was demolished at the end of the 2018/19 season and replaced by the 6,000-capacity Estadi Johann Cruyff, which now houses the B team, the women’s team and the club’s under-19 team at a cost of €12m. On the other, nothing significant had been done to the Camp Nou and the cost of this neglect was starting to become clear, with this report from a Chelsea podcast in 2018 criticising ‘rust covering all the metal rails there to support you as you climb the stairs or sitting on the steep banking’, and ‘[cracked concrete] everywhere with plenty of chunks missing on the stairs. 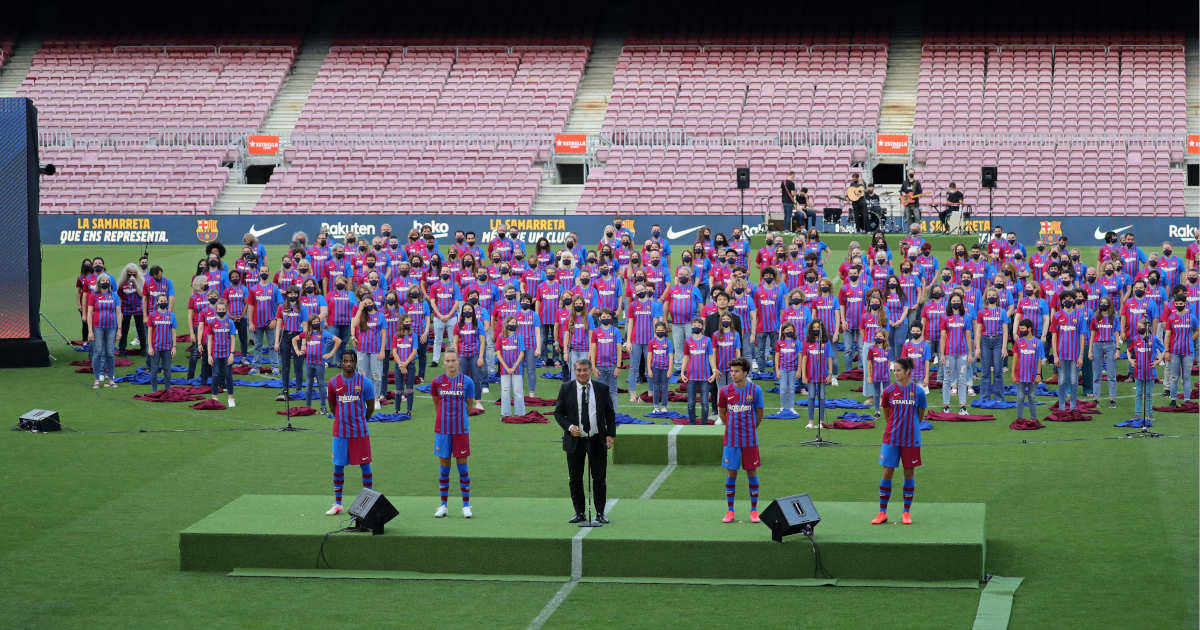 By March 2019, fans were being told that work would be carried out on Camp Nou between 2020 and 2023, but again nothing happened, and when the pandemic struck in the early months of last year the plans had to be put back on hold. The pandemic pushed the club considerably closer to a financial abyss, while construction cost estimates increased by 25%, taking the total to €725m. In addition, €90m of interest was now to be capitalised through a loan from Goldman Sachs, bringing the total estimated borrowing to €815m plus interest, to be repaid over 25 years.

By now, the earliest possible finish date was 2025, but the club’s rapidly unravelling financial position was already starting to overtake this story in the news. In truth, Barcelona had been overspending every year for years, but the pandemic seems to have been a tipping point at which the club crossed the line from being sustainable to being unsustainable. At the very least it seems to have accelerated the club’s rate of descent.

When the big name players started leaving, all the club’s issues were thrust harshly into the spotlight. No business can sustain indefinite annual financial losses, no matter how ‘big’ a name they may be. Not without outside assistance. It becomes like juggling plates, and you only discover the maximum number you can spin when one falls.

The reconstruction of Camp Nou is financed; it shouldn’t impact one way or another on Barcelona’s spending on wages and transfer fees. But it is another potential stress point. All lending and borrowing inherently contains an element of risk and this can only be seen to be adding to that burden, although it’s unlikely that it should further financially distress the club.

Meanwhile, the slow crawl towards actually getting the development underway continues to drag on. In February, Joan Laporta, now back as President, suggested that the team could play two-and-a-half years away from the Camp Nou to speed up the construction time, while in July appeals brought through the Spanish legal system by The Federation of Neighborhood Associations of Barcelona and the CUP were rejected by the Superior Court of Justice of Catalonia. This was a significant hurdle lifted.

It hasn’t all been good news for the club, though. With Barcelona right now, there is always at least one step back for every step forward. Laporta and Bartomeu became involved in a war of words carried out very much in public last month during which Laporta accused Bartomeu of having left Camp Nou in a “state of disrepair” and claimed that he had to carry out “emergency repair work” on the stadium ahead of their first league match of the season against Real Sociedad.

The very fact that these conversations are still being held tells us a story about how far away this development is from being completed. And all the while the executives argue amongst themselves, Camp Nou is in what their own President described as a “state of disrepair”. We’re now 64 years from its opening and it’s really beginning to show its age. If Barcelona are to restore themselves to their former grandeur, this restoration needs to include bricks and mortar as well as shiny new footballers.