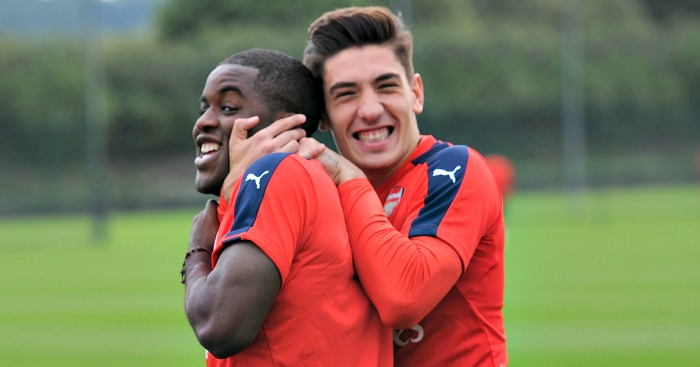 Joel Campbell has backed Arsenal team-mate Hector Bellerin to “be one of the best in the world” at right-back.

The 20-year-old Catalan-born full-back has not looked back since breaking into the first team last season.

Bellerin made his debut in the Champions League in September 2014 and made his Premier League bow the following month. He went on to make 28 appearances culminating with an FA Cup winners medal after playing the full 90 minutes in the win over Aston Villa.

This season Bellerin has made 29 appearances and he has forged a good understanding with Campbell, who has also recently emerged as a key member of Arsene Wenger’s squad.

“We speak the same language, so it is much easier to communicate with each other,” Campbell told Arsenal Player.

“We enjoy a very good relationship on and off the pitch. That helps us a lot when we are playing, by speaking with each other, helping each other and giving indications to give our best to the team.

“He is enjoying a very high level, but I think he can give even more. He has the potential to be one of the best in the world.

“He is showing that now, but he is still very young and he has a long way ahead. So I think the best of Hector is yet to come, we haven’t seen it yet.”