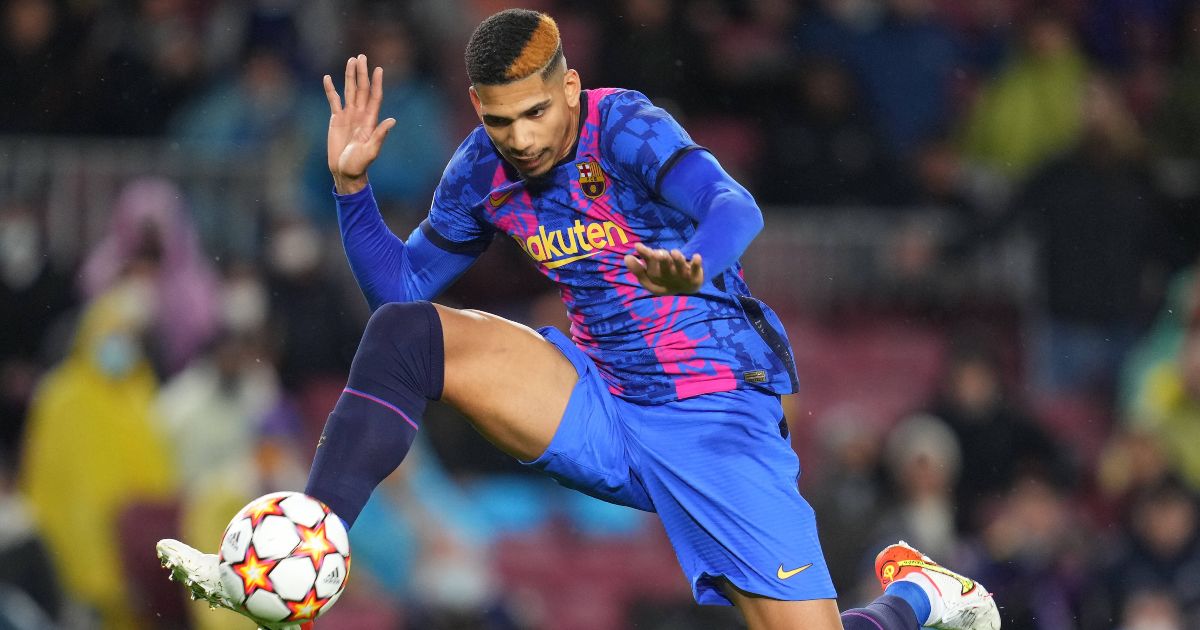 Barcelona defender Ronald Araujo would be a signing “for now and the future” if Liverpool could get him over the line, according to former Arsenal striker Kevin Campbell.

The Uruguay international has emerged as an important player in the Barcelona first-team squad since the beginning of the 2020/21 campaign.

Araujo made 24 appearances last season in La Liga and has been used regularly this campaign too, with 14 appearances in all competitions so far.

His contract is due to expire in the summer of 2023 with Chelsea and Liverpool reportedly interested in bringing the centre-back to the Premier League.

ESPN recently claimed that Liverpool are ‘closely’ following developments between Barcelona and Araujo as the Catalan giants look to renew his contract.

The report from late last month added that ‘the English team has sent emissaries to Barcelona at times to try to approach the player’.

And now former Premier League striker Campbell – who was a pundit on La Liga TV last season – reckons Araujo would be a great signing for Liverpool.

Campbell told Football Insider: “Araujo is a top young player. He is physical, young and improving all the time.

“He would be a signing that will future-proof the club. In Araujo you have a player for now and the future.

“I think he’d be a great signing for Liverpool. I’m sure there will be a number of clubs interested in him though because he is a good young player. It’s one to keep an eye on.”

Klopp told reporters on Friday: “It’s a thought process. What can we do? How can we increase the probability of winning football games?

“That’s the challenge for all of us and that was the challenge we had last season. I think we were in a good place that season after winning the league and then we lost important players (to injury). Could we have done better? Maybe yes, maybe no.

“That’s not important any more but we realised just how reliant we were on specific things. You can change the players but you can still stick to your patterns and philosophy and be all right.

“For us that was not possible any more so we had to adapt. Over the year, we realised in games we had problems which we didn’t have before. We were constantly in a room together in pre-season. It was a long camp, and we had a lot of time to talk about it.

“If the players feel the benefit, that’s very helpful, but you can only be offensively creative if you have defensive protection. It’s not children’s football, it’s a constant process to find that balance.”