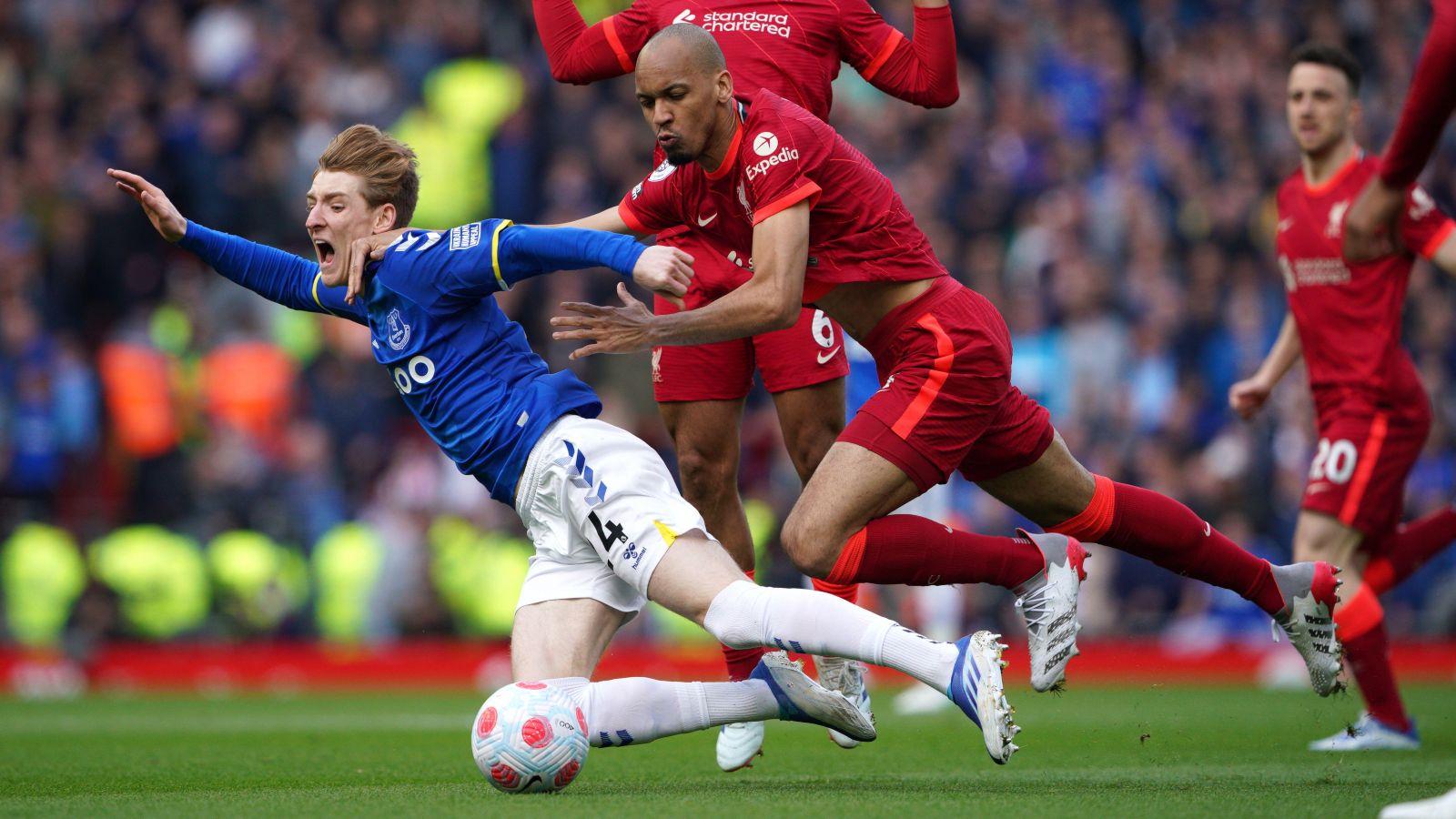 Former Everton striker Kevin Campbell thinks the Toffees should’ve been awarded a penalty in their 2-0 loss to Liverpool on Sunday.

Jurgen Klopp changed the game by bringing on Divock Origi and Luis Diaz in the second half with the former involved in the build-up to Andy Robertson’s opening goal before getting on the scoresheet himself.

Everton youngster Anthony Gordon was booked for diving in the first half under a challenge from Naby Keita and the simulation came back to haunt him in the second half as he was denied a penalty.

With the score still level at 0-0, Gordon – who had caused Liverpool problems all game – went down after being bundled over by Joel Matip but the referee waved away his penalty protests.

But Campbell was adamant that it should’ve been a spot-kick and insists the referee “bottled” the decision.

“You see that. If that was at the other end, I’m sure this stadium would have gone crazy. That’s the one break that Everton needed.

“I thought the referee bottled it a little bit, if I’m honest with you.”

🗣 “I’ve gone one v one with him and I’ve got the better of him and he’s stood on me foot.”

Anthony Gordon explains why he feels he should’ve had a penalty and that he didn’t deserve a yellow card for his “dive” pic.twitter.com/lhCkgxiwqB

Former Liverpool centre-back Jamie Carragher warned Gordon that he doesn’t want to get a reputation as a diver.

Carragher added: “He’s got to be careful, Anthony Gordon. He’s a great lad and a great player, one of the best players on the pitch today, caused Liverpool massive problems.

“But he’s just got to be careful of that, it’s not the first time, the one in the first half, and it definitely will be in referee’s heads.”

Fellow pundit Graeme Souness reckons Gordon “planted a seed” in the referee’s mind after the simulation in the first half.

Souness said: “He’s planted a seed in the referee’s head, in the very first few minutes when he dived to try and get a penalty.

“You can bet, if we’re players out there, we’re in the referee’s ear: ‘he’s a diver, ref.’ You’re planting a seed in the ref’s head as well.”