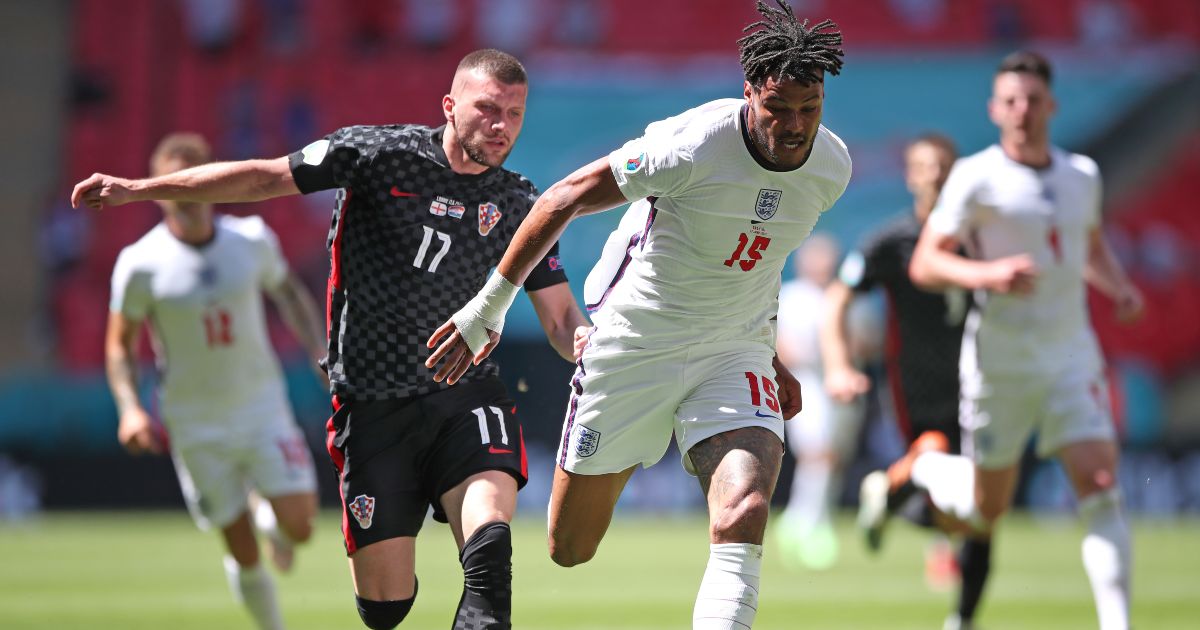 Sol Campbell has defended Gareth Southgate over his England selection as the Three Lions got off to a perfect start against Croatia on Sunday.

The Three Lions opened their European Championship campaign with a 1-0 victory as Raheem Sterling’s goal was enough to see off their Group D rivals.

Tyrone Mings was one of five outfield players making their first appearance at a major tournament for England as the Aston Villa defender started with Harry Maguire not passed fit in time as he fights back from an ankle issue.

The selection of right-back Kieran Trippier at left-back was controversial as Southgate left out the likes of Luke Shaw and Ben Chilwell, who are used to playing there for Manchester United and Chelsea respectively.

Sterling proved his critics wrong with many calling him to be benched for the likes of Jack Grealish, Jadon Sancho or Marcus Rashford before the game.

However, former England defender Campbell thinks Southgate got his selection spot on with Mings, Sterling and Trippier producing good displays.

Campbell told talkSPORT: “Eyebrows were raised when Trippier was in the team.

“Gareth is happy with him, he’s experienced. Trippier is probably a talker in that backline, he probably wanted to protect Mings a little bit more in his first game, but in the end Mings was fantastic as well.

“Sterling scoring the goal, made a huge difference and it settled the whole nation down. It settled him and the team down.

“So for me, Gareth has done wonderful with good selections.”

Meanwhile, Aston Villa defender Mings was pleased to be involved as he hailed his fellow England defenders as they started the tournament with a clean sheet.

“I loved it,” Mings told beIN Sports when asked about his tournament debut.

“Unfortunately Harry isn’t fit, which gave me the opportunity but I think we have such good options at centre-back.

“I was fortunate and happy to start and playing alongside John Stones, Kyle Walker and Kieran Trippier – there is a lot of experience in there.

“A lot of tournament experience, international and club experience, so they helped me through it and I was grateful to play a small part in England winning.”