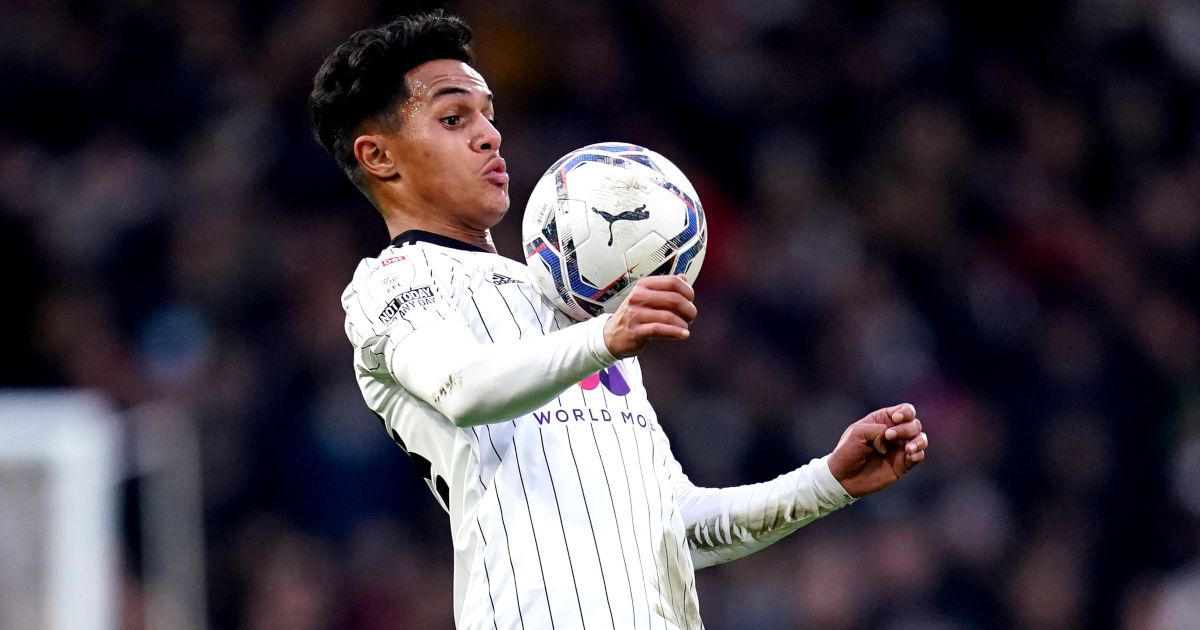 Liverpool will be worried that they have missed their chance to sign Fulham youngster Fabio Carvalho, according to former Arsenal striker Kevin Campbell.

However, the Reds still have a good chance of landing Carvalho in the summer with his contract running out at the end of this season.

But Campbell reckons Jurgen Klopp’s side will now be worried that other clubs will try and sort a deal before they can.

Campbell told Football Insider: “I think that’s the worry for Liverpool now, a lot of clubs will be interested in the summer. They wanted to do the business before anyone else could get mitts on him.

“They put an offer in to him and his agent but it just was not meant to be. Liverpool will be slightly frustrated. They have found it a difficult task signing him so far.

“It was never going to be easy given Carvalho’s contract situation. He’s a brilliant player and there’ll be plenty of clubs coveting him.

“Liverpool will be happy though, they got one in and a very good one at that. I think [Luis] Diaz will do well.”

Meanwhile, former Premier League striker Clinton Morrison was disappointed to see the deal collapse and hopes Carvalho can still sign for Liverpool in the summer.

He said on Sky Sports: “I thought it would’ve been an outstanding signing for Liverpool.”

Morrison added: “Listen, I think it might still happen in the summer. I hope it does.

“I hope he does go to Liverpool because that young man deserves to go and work under someone like Jurgen Klopp. Marco Silva’s doing a good job with him at Fulham but going to a club like Liverpool as a youngster, that’s what you dream of.

“Carvalho obviously thought he was going to Liverpool but it’s not going to happen. But he’s got to get his had down and keep producing form he’s producing at Fulham.

“Everybody’s talking about him. He’s an exciting young talent and hopefully in the summer it does happen. I’m gutted for him because the youngster’s got some serious ability.”