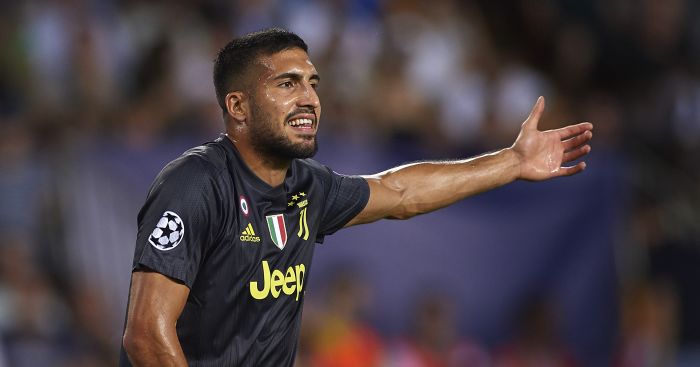 Emre Can has released an apology on social media for a sexist slur following Cristiano Ronaldo‘s red card in Juventus’ 2-0 Champions League victory over Valencia.

Despite going down to ten men after only 29 minutes when Ronaldo was sent off, the Old Lady won in Spain thanks to two goals from the penalty spot from Miralem Pjanic.

Ronaldo appeared to pull Valencia defender Jeison Murillo’s hair as they came together off the ball and referee Felix Brych sent him off over the incident.

Brych did consult his assistant behind the goal before making his decision and the sending off left Ronaldo in tears.

Can told DAZN after watching a video of the incident: “That’s supposed to be a red?

“I just heard he said it was because of hair pulling. We’re not women, we’re playing football.

And now Can has issued a statement via social media claiming he never meant to cause offence to anyone.

“I would like to take a moment to clear the air regarding the comments I made after last night’s game,” he said on Twitter. “My response after seeing the video footage of Cristiano’s sending off seemed to have caused some commotion.

“I would like to state that the comments made were never focused on nor meant to degrade women, women’s football or equality in any form. Everyone who knows me knows about my respect for women, equality and respect.

“My intention was to stick up for my team mate regarding a wrong decision which could have affected our game.

“I sincerely apologise if any of the comments I made have caused any harm.”

I would like to take a moment to clear the air regarding comments I made after last nights game.
Please read the full statement below⤵️