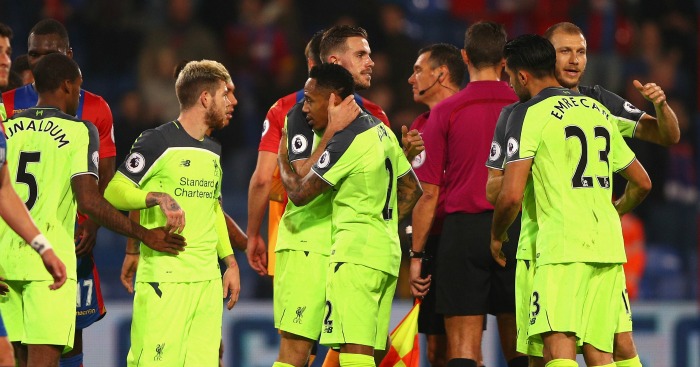 Alberto Moreno also started after replacing the absent James Milner and he provided the cross from which Can scored.

Victory took Liverpool level on points with Premier League leaders Manchester City and second-placed Arsenal, who they trail only on goal difference.

The performance and result again highlighted their title-winning credentials, and Can told Liverpool’s official website:

“I’m very happy that I scored a goal because in the last few games I had chances and didn’t score.

“I’m very happy that I scored after such a long time.

“You can see we have a very strong squad.

“Alberto did very well. He is a very good player and he played with confidence, that’s what we need. He did his job very well.

“It’s always difficult to play at Crystal Palace, but we did very well in the first half. The second half was not too good. But you have to win these kinds of games – we did it and we’re very happy.”