Home Cheeky Punt Can I just shock you? Liverpool to drop points this weekend 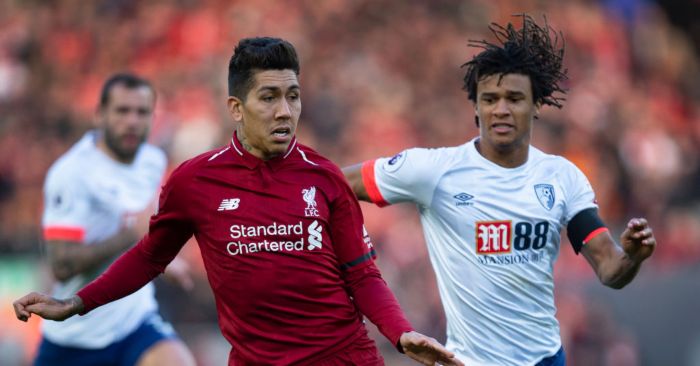 Everton v Chelsea
Marco Silva is now the fourth managerial casualty of billionaire owner Farhad Moshiri’s reign since he arrived in February 2016. It was perhaps inevitable as Silva lost more Premier League games than he won as Toffees boss. David Moyes is a hot favourite in the betting to get the Everton gig, but punters should not ignore Chelsea evens this weekend. Frank Lampard’s men are seeking a sixth away win of the season, while Everton are now in the bottom three. And sh*te.

Bournemouth v Liverpool
This is now surely Liverpool’s year, isn’t it? Eight points clear heading into Christmas and having won their last six, it’s going to take a monumental wobble for the Reds to be denied a first Scudetto since 1990. The Cherries have lost their last four as well and the Vitality Stadium has been a happy hunting ground for the Reds in recent seasons. Why then do I fancy Bournemouth to get something here? I guess it’s because in a world full of daisies one must dare to be a rose.

Tottenham v Burnley
Son Heung-min has been Tottenham’s standout performer at home this season and he’s a 4/1 shout to score first. Indeed he’s been directly involved in 13 goals in his 14 appearances at home so far. Saucy little footballer him, Jeff.

Watford v Crystal Palace
Big game for Watford this, who need to stem the bleeding after picking up just eight points from 15 matches so far. Yet I’m not sure a team with a caretaker boss who’ve won just once all season should be favourites here. Away win.

Manchester City v Manchester United
The 179th Manchester derby, you say? The Citizens are after a fourth straight home win, and should get it against opponents who have struggled away from Old Trafford this season. To be fair the Red Devils’ record against teams in the top six this term is pretty good, but the bet here is surely Pep Guardiola’s men at 5/6 to win by more than a goal. There’s much to love about this Saturday. Some stone cold classic TV football action including the Manchester derby and then the Anthony Joshua fight. A veritable feast for sports gamblers.

Aston Villa v Leicester City
There are some things in life that are truly special: falling in love; getting into a bed with fresh sheets; being called “boss” by the fella in the takeaway at 2am while he’s serving you your kebab. And Leicester City at nearly evens to beat Villa. The Foxes have conceded only one goal in their last five games and have won seven in a row. They’ll win this doing handstands.

Newcastle United v Southampton
What a job Steve Bruce is doing at Newcastle, proving a lot of people – myself included – bang wrong. I mocked his appointment in these very pages incessantly over the summer and had some unfeasably large bets on Newcastle to be relegated. Who’s laughing now?

Norwich City v Sheffield United
Last season’s Championship top two meet for the first time this season and both sides will be happy enough with how they’ve started the campaign. Apart from Norwich. The Canaries need a win obviously but this one screams pugnacious stalemate.

Brighton v Wolves
Hard old game to call, this. Brighton will be buzzing after that fine midweek win over Arsenal but Wolves are in the midst of a long and rather impressive unbeaten run of their own. Without any real conviction I’m going to have a nibble on Raul Jimenez to score first.