Home All The News Can in sexist outburst over Ronaldo red: ‘We’re not women’ 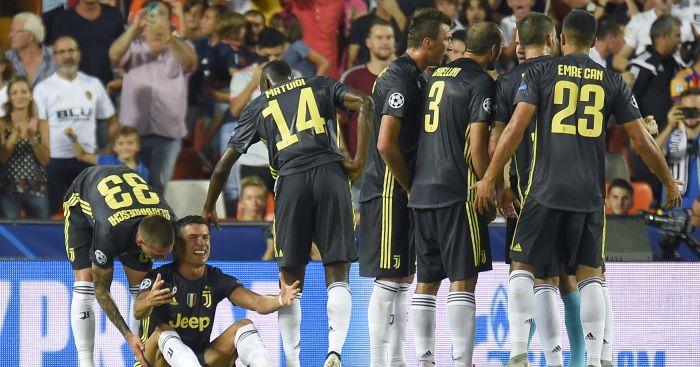 Despite going down to ten men after only 29 minutes when Ronaldo was sent off, the Old Lady won in Spain thanks to two goals from the penalty spot from Miralem Pjanic.

Ronaldo appeared to pull Valencia defender Jeison Murillo’s hair as they came together off the ball and referee Felix Brych sent him off over the incident.

Brych did consult his assistant behind the goal before making his decision and the sending off left Ronaldo in tears.

Can told DAZN after watching a video of the incident: “That’s supposed to be a red?

“I just heard he said it was because of hair pulling. We’re not women, we’re playing football.

Meanwhile, Ronaldo’s sister Katia Aveiro took to social media to defend her brother over the incident with Murillo.

“Shame on football,” Aveiro said on Instagram. “Justice will be done. They want to destroy my brother but God never sleeps. Shameful.”

Ronaldo has made a decent start to life in Italy with two goals in his first four Serie A matches for his new side.