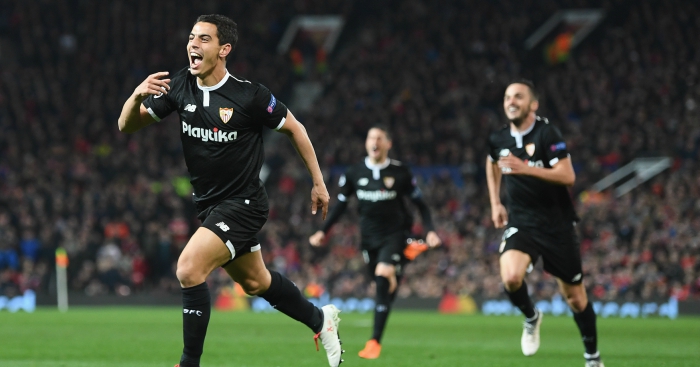 There are few stranger beasts in Spanish football than Sevilla.

They have days when they look like an excellent side, who deserve to be breathing the same rarefied air as the European elite. Take their 2-1 aggregate victory over Manchester United in the Champions League last-16, in which they produced superb home and away performances to knock their heavyweight opponents out.

Much was said about United’s paucity of ambition in those fixtures, and perhaps Jose Mourinho’s side were overly cautious, but Sevilla played the cards as they were dealt, and were the deserved winners over the two legs.

If those were the only Sevilla games you watched this season, you’d be forgiven for thinking that they always played in such a way; disciplined, controlled, combative, ruthless.

You’d be wrong. In actual fact, Sevilla veer from the occasionally brilliant to the utterly abject, seemingly at random and without prior warning. They are the very model of inconsistency.

And when they’re bad, they’re awful. They have conceded four goals or more in a match on seven occasions this season, most recently in Saturday’s 4-0 hammering at the hands of an Iago Aspas-inspired Celta de Vigo at Balaídos.

The game with Celta was sandwiched between two massive Champions League games with Bayern Munich, but manager Vincenzo Montella only made four changes from the team that started the narrow 2-1 defeat at the Sánchez Pizjuán. The line-up was boosted by the return of Éver Banega to the team, but even his presence couldn’t prevent a total capitulation. It wasn’t exactly the best way to build up to Wednesday night’s crucial second leg at the Allianz Arena.

Montella was appointed in December after Eduardo Berizzo was controversially sacked shortly after recovering from surgery for prostate cancer. Not only was the timing of his sacking ungracious at best, the dismissal itself was also somewhat harsh. Sevilla were fifth in La Liga at the time, and had booked their place in the knockout rounds of the Champions League.

They had suffered some heavy defeats and mixed form, but if the idea behind the appointment of Montella was for him to stabilise the side and bring consistency and reliability, then it has undoubtedly been a failure so far.

Sevilla’s form has been just as erratic under Montella as it was under Berizzo, perhaps even worse. They have only taken 17 points from their 14 league games since Montella’s arrival, and have dropped two places to seventh, behind Villarreal and bitter rivals Real Betis.

They are now face the very real threat of not qualifying for Europe next season, with Celta and Girona poised to take advantage of any further slip-ups in the league.

For all the disappointment in the league, Sevilla have at least enjoyed some success in the cups. Aside from victory over Manchester United, Montella’s finest hour as Sevilla manager has to be the 5-2 aggregate defeat of Atlético Madrid in the Copa del Rey quarter finals. They then went on to beat Leganés in the semis, and will face Barcelona in the final at the Wanda Metropolitano in ten days’ time, which may yet prove to be their best route into European competition next season.

But Montella’s biggest challenge so far comes on Wednesday night in Munich. It will be tough, but it presents a great opportunity for the Italian. His side’s poor league form will be forgiven if he leads them to the Champions League semi-finals against all the odds.

They were a little unlucky to lose the first leg, having taken the lead through Pablo Sarabia before conceding two very unfortunate goals, one an own goal from Jesús Navas and the other a deflected header from Thiago Alcántara.

They will need to score at least twice and ideally prevent Bayern from scoring, which is much easier said than done. But Montella is cautiously optimistic. “It’s going to be difficult, but it’s possible,” he said. “We have to play the same as we did in the first leg. The important thing is not to concede.”

He managed to motivate his players to execute the perfect game plan against United, and now he needs to repeat the trick in Germany. Roma’s incredible comeback against Barcelona on Tuesday night should give him and his players further inspiration, if it were needed. If Roma can do it, so can Sevilla. It’s all just a matter of which Sevilla turn up on the night.