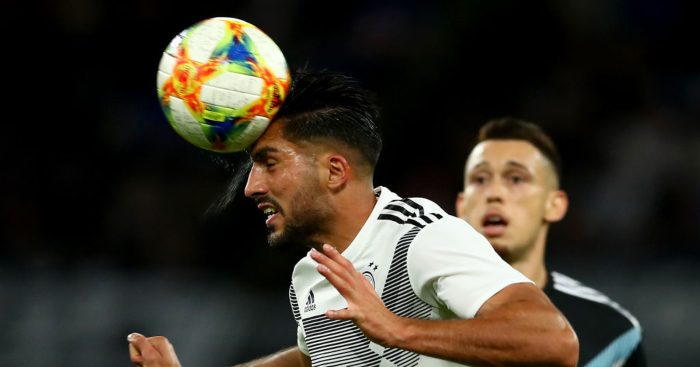 Emre Can says he is “not happy” at Juventus currently amid rumours that the Italian club offered him to Manchester United.

Tuttosport claimed on Wednesday that Juve have offered former Liverpool midfielder Can and Mario Mandzukic as part of a deal to land Paul Pogba from the Red Devils.

The ‘free transfer’ from Liverpool set Juve back a staggering £14million when joined last summer on a four-year contract.

The arrivals of Aaron Ramsey and Adrien Rabiot this summer has cut down Can’s playing time after the midfielder made 37 appearances for the Old Lady last term.

“I’m not happy [at Juventus ] right now. I don’t play much at the moment,” Can said.

“Last season I played a lot. Especially in important games for Juventus. And I also played well there.

“I haven’t had a chance this season.

“But now I think, when I come back to the club, I will get chances again.

“I am definitely grateful to Joachim Low. Because I didn’t play much in the club and he invited me anyway.

“Nevertheless, he gave me the chance. That’s why I was simply happy that I played again.”