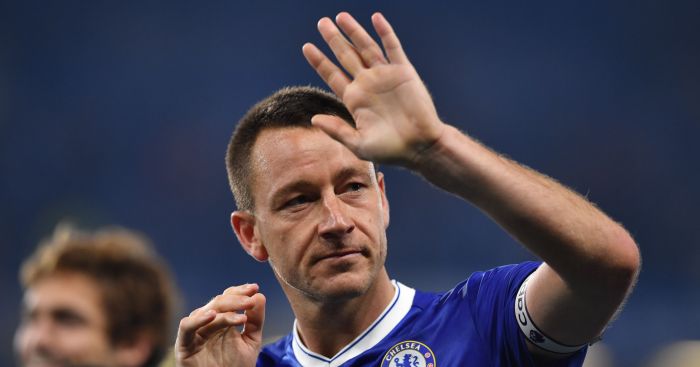 Aston Villa appear close to announcing the signing of John Terry after owner Tony Xia welcomed him to Birmingham on Twitter.

Villa have been pushing hard to tempt free-agent Terry to the midlands after his 22-year stint with Chelsea ended this summer following the Blues’ Premier League title triumph.

And Terry looks set to finalise his switch to the Championship after Xia said on Twitter on Monday morning: “Welcome JT to Birmingham city…Aston Villa!#UTV! @AVFCOfficial Announcement shortly!”

Terry, 36, became a free agent on July 1 and has garnered reported interest from numerous clubs, including Villa’s cross-city rivals Birmingham.

He uploaded a picture of him golfing with Villa boss Steve Bruce last month during a summer where he has also been training to maintain his fitness, a clear indication he was willing to carry on playing.

His expected arrival would be a huge boost to Villa’s promotion quest after they failed to return to the top flight at the first time of asking following relegation in 2016.