Home Mailbox Is Captain Scott the solution for Manchester United? 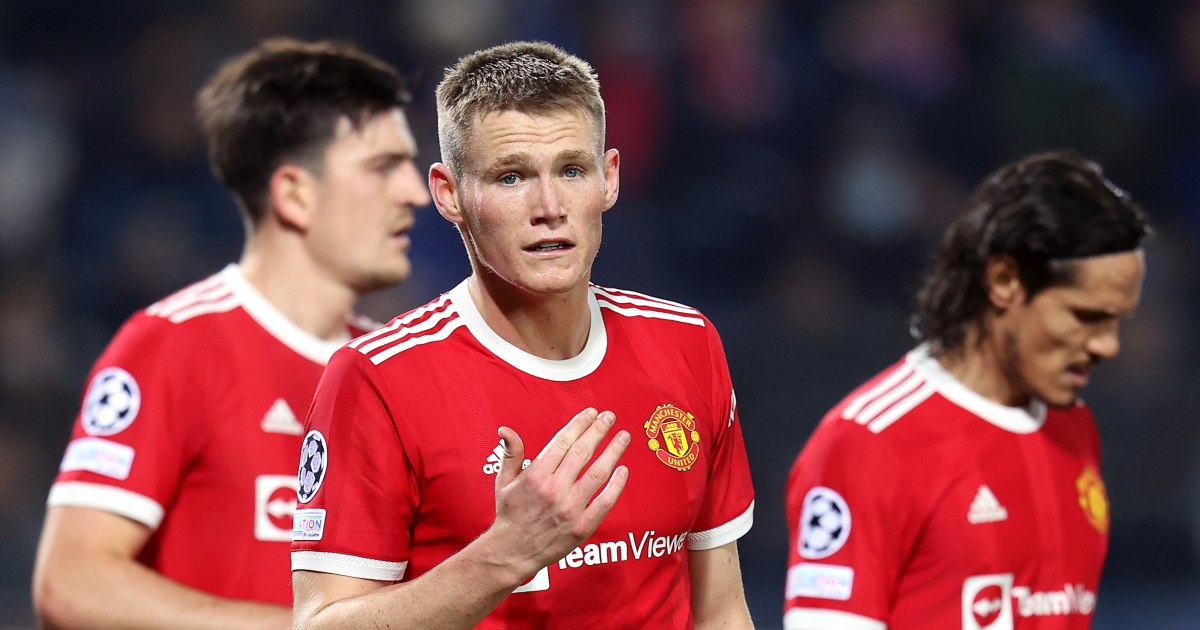 Do Manchester United have a lack of leaders? Does it matter? Is Scott McTominay the better captain? Send views on this and more to theeditor@football365.com

Manchester United lack of leaders an issue? No.
I had issues with Badwolf’s email when he said that Bruno was too mild. I can only assume they’re a boules fan that knows nothing about football only here to troll people. Bruno has done the most to raise the bar with what’s expected of Man Utd players since he came, more than any other player and the bloody manager!

Maguire too, has lots of faults, but he I don’t think his problem is lack of leadership; he’s our only defender to show any! On England duty he doesn’t have as much trouble.

And to laugh off Pogba’s leadership (like that’s a valid point anyway) and dismiss Cristiano as shirking responsibility rather displays the limitation of your knowledge (and thus insight) into the issue. Pogba has repeatedly been recorded giving team talks to France in big games, including the World Cup final which they won (and he scored), while Cristiano ‘Shirker’ Ronaldo, captain of the Portuguese national team for a over a decade, quite famously commanded Portugal from the touchlines in the Euro 2018 final (which Portugal won).

If Manchester United look shit, and they do, it’s because the manager doesn’t have a plan beyond throwing as much sh*t on the wall as he can in the hope something sticks.
Daniel, Cambridge

Manchester United lack of leaders an issue? Yes.
In response to Badwolf’s comments on Manchester United lacking leadership on the park I personally believe he has well and truly hit the nail on the head. Successful teams over a sustained period have and have always had leaders in their team on and off the park.

Looking at say Liverpool, they have a team of leaders. Henderson, Van Dijk, Robertson, Milner to name but a few, obviously it helps they are damn fine players as well but being involved in football myself, leadership mentality within the squad is often the difference in certain situations. United teams of old had the very same, as did Chelsea under Jose the first time.

This United squad has the talent and with patience and a less overreactive media and online fanbase could reach the heights again but they need a couple of leaders in there for sure. It has been said before and as a fan of the Player I do feel McTominay is the natural future Captain. I appreciate he is not everyone’s cup of tea but if you watch him, the way he carries himself, the way he talks, acts, even plays he has the look of a future captain, anyone who saw or read his interview with MUTV before the Spurs game last weekend will know what I mean.

Sadly we live in an age where instant success is craved and the only acceptable currency, likewise this obsession with a captain being the “best” player when really the best captains are always people who are actually the best leaders of people. I actually think taking the armband off of Maguire would suit him and allow him to focus on his game as he seems to always show up for England for example.
Barry (Look forward to the McTominay hate in response)

Did Terry hold back Chelsea?
Reading Jerry’s message this morning it made me think of something I’d long thought also.

John Terry is the first name that springs to mind. I’m not sure he held the team back but because of his lack of pace and excellence in the block and recycle, it basically meant that Chelsea had to play very close to their box and invite teams on.

Don’t get me wrong, we had by far our most successful period with him in the team but that team set up did for a lot of managers who tried to play expansive football and the team just defaulted to it any time they got pressed a bit.

I was looking at the 2008 Champions league final line ups and Chelsea for me had a much better team but pissed the impetus away in the first half by just sitting back. If they’d have gone for Man Utd from the get go they’d have another CL to their name.

Even now the default setting at the club still seems to be soak up and hit fast. It’s taken a long time to shake off.
Lee, Hornsey

Brewster’s milions
In response to Lee saying the Brewster transfer was a bad one, while it didn’t work out it made a lot of sense at the time for all parties. He’s a really good striker and Sheffield was a great destination, but when the wheels fell off he was basically collateral damage and now he’s dropped as they’ve changed their style. He’s still an excellent finisher who could definitely perform in the PL – I wish for his sake he’d gone to Brighton though. It took Solanke to drop down to playing regularly in the Championship to show how good he is, so hopefully the same will happen for Brewster.
Tom

Liverpool and discipline
The hilarious sight of Simeone’s many years of shithousery and ref-baiting coming home to roost against Liverpool does overshadow a key characteristic of Klopp’s team(s) – they are generally the most disciplined around. Liverpool have been top of the PL fair play league in all of Klopp’s full seasons and were either top or second in all his seasons at Dortmund too, so it’s not a coincidence. And it’s not about having more possession and better players otherwise Man City would not be 12th currently (and wouldn’t have come 4th and 13th in the last two seasons). And it’s not just about being generally superior to the opposition because Liverpool were still top of the fair play league while being ‘the worst champions ever’ last season. And it’s not about Anfield – they’ve had more cards at home than away this season and last.

It’s about attention to detail and the gains that accrue from proper coaching. As if to prove that point, the team currently bottom of the PL fair play table is… Man Utd.
Shappo

VAR, VAR away
John Nicholson wonders where all the anger has gone towards VAR. It’s probably gone into perspective. There’s a pandemic we’ve lived through for over 18 months without any prospects of it ending any time soon. There appears to be brazen and shameless corruption in our parliament. There is an environmental crisis. A regime accused of sportswashing, human rights abuses and murder has just got involved with a Premier League club. Players get sent racist abuse via social media after every game and are told they need to report every individual racist message before the social media platform will take action.

I don’t know about anyone else, but after all that, I just don’t have the energy to also be angry that the Video Assistant Referee took five minutes to decide a striker was marginally offside.
Ed Quoththeraven

Guilty as charged
Mediawatch likes making fun of old cultural references, but I think it may have been guilty of one itself today: when was the last time anyone actually saw chips wrapped in old newspaper? It would be very unhygienic, for a start.
Robert, Birmingham