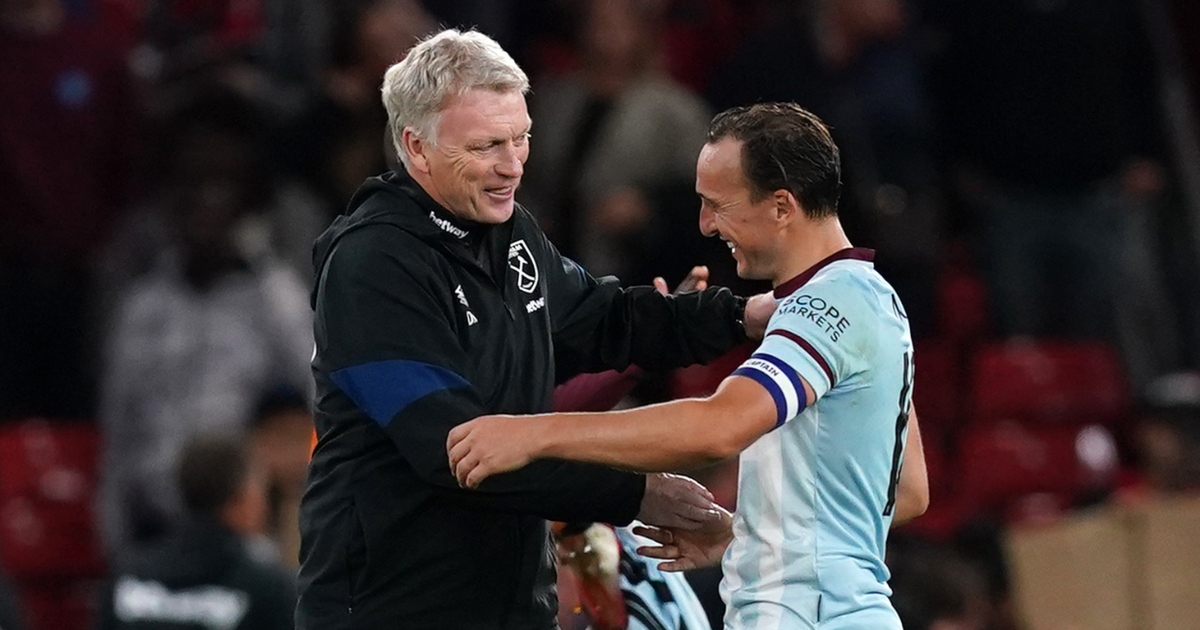 West Ham have been handed a home tie against holders Manchester City in the Carabao Cup fourth round.

The Irons won 1-0 at Manchester United on Wednesday night, an early goal from Manuel Lanzini giving David Moyes a first victory over his former club since being sacked in 2014.

City, meanwhile, had coasted past Sky Bet League One Wycombe 6-1 at the Etihad Stadium on Tuesday night.

Arsenal, who beat AFC Wimbledon 3-0, will host Leeds, who needed penalties to get past Championship high-fliers Fulham on Tuesday night.

Championship side Preston, 4-1 winners over Cheltenham, are at home to Liverpool, who beat Norwich 3-0.

Brentford, having thrashed Oldham 7-0, will travel to Stoke, who had knocked out Watford on Tuesday night after a 3-1 win at Vicarage Road.

QPR’s reward for their spot-kick victory over Everton is a home tie again when Sunderland head to west London.

Chelsea, who came through their penalty shoot-out against Aston Villa, will host Southampton, another side which needed spot-kicks as they eventually dispatched Sheffield United.

Leicester, 2-0 winners at Millwall on Wednesday, are at home against Brighton, who beat Swansea by the same score.

Tottenham edged past Wolves on penalties and will travel to Burnley, who were 4-1 winners over Rochdale on Tuesday night.

Fourth-round ties will be played during week commencing October 25.