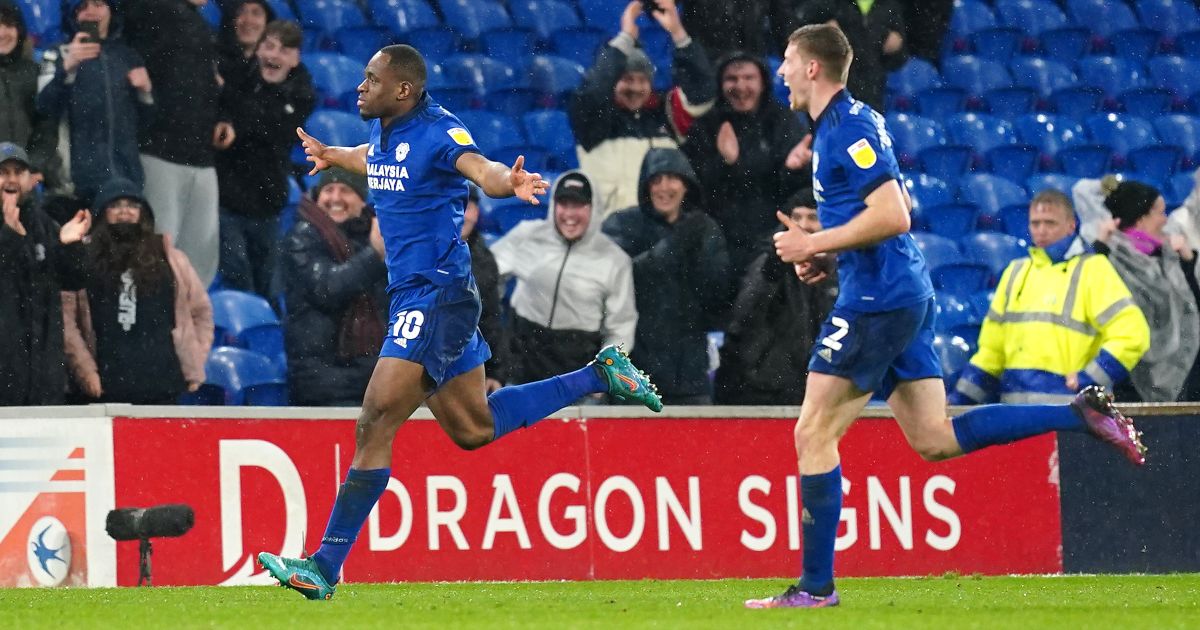 Without any senior managerial experience to his name, Morison was handed the caretaker role after a club record eight defeats in a row under predecessor Mick McCarthy. Less than a year after taking his first coaching role, Morison has given Cardiff reasons to believe in him almost every step of the way. From initial temporary appointment to being given the reins to the end of the campaign, Morison has proven himself time and time again in his five months in charge to now be trusted with the job until next summer in south Wales.

As much as any managerial contract is difficult to take at face value when it comes to length, this shows huge trust in a man who has only just celebrated his first anniversary at the club. Morison has changed things for the better over the past few months.

Naturally, results have improved. For all of the fawning over Morison’s ability to unite the fans and play attacking football, it would be largely moot without an upturn in results from those which threatened the Bluebirds’ second-tier status even into the New Year. Like Marcelo Bielsa at Leeds – who did unite a club through more than just results, but for whom it would have mattered little without promotions and successful first seasons back in the top flight – Morison has provided the best of both worlds with limited time and resources.

From looking like more of the same in his first game in charge – Cardiff trailed 3-0 at Stoke in Morison’s first game only to leave the Potteries with a point – Morison has taken the Welsh outfit from freefall to a place where they can comfortably look ahead to next season.

McCarthy was a dead man walking for too long. His dour football was palatable last season in steering Cardiff to a play-off semi-final, but patience ran out before the halfway stage of that eight-game losing streak. Morison knew that turning around such form would be no mean feat, but he could first stop playing five centre-backs at once and get Cardiff to attack using potent weapons Ryan Giles and Kieffer Moore.

Less than a week after recording his first win as a manager in November, it was announced Morison would keep the job until the end of the season. It was a show of faith in a man who had steered a sinking ship in such a way that managers with tenfold experience would have been jealous.

It’s not been easy; top assister Ryan Giles was redeployed on loan to Blackburn in January while last season’s top scorer Moore has struggled for both goals and fitness.

A lack of funds and a struggling league position meant the Bluebirds were unable to sign one striker who could fill those shoes, but taking two struggling Championship forwards in Jordan Hugill and Uche Ikpeazu has benefitted their loan club and the man in charge who is making this team tick.

Ikpeazu’s winner against Derby came hours after Morison was announced as the club’s more permanent manager with that contract extension until the end of next season. All of a sudden, it feels like there is a plan at Cardiff. It has been too long. Even under the wave of euphoria that was McCarthy’s early time in charge, there was the caveat that they were punching considerably above their weight. The comedown was always going to be huge. So it proved. Now Cardiff are working their way back up slowly and almost certainly surely.

There have been no outstanding runs of form, good or bad. There have been no whirlwind results to get carried away with nor too many chastening defeats. Instead, Cardiff have transformed themselves into a solid team, which is far easier said than done at Championship level. They are bottom half looking up, though not too far. They have no need to twist their neck back over their shoulder.

The youngsters brought through the club over the past couple of seasons are now flourishing. Wing-back Joel Bagan was the club’s best player in February; Giles has hardly been missed. Marc McGuinness continues to be one of the club’s few reliable centre-backs and the midfield is packed with young talent – loanee Tommy Doyle would benefit from another 12 months in Wales alongside experienced-beyond-his-years Ryan Wintle.

There is no immediate chance of success and no guarantee of any at all, but there is the promise of hope and good times on the horizon. Morison has brought that in the same season the Bluebirds looked set to crash and burn. Under one of the EFL’s most experienced managers, they had no plan or opportunity to move forward. One of the league’s brightest and fresh eyed managerial talents is making a mockery of such a situation.