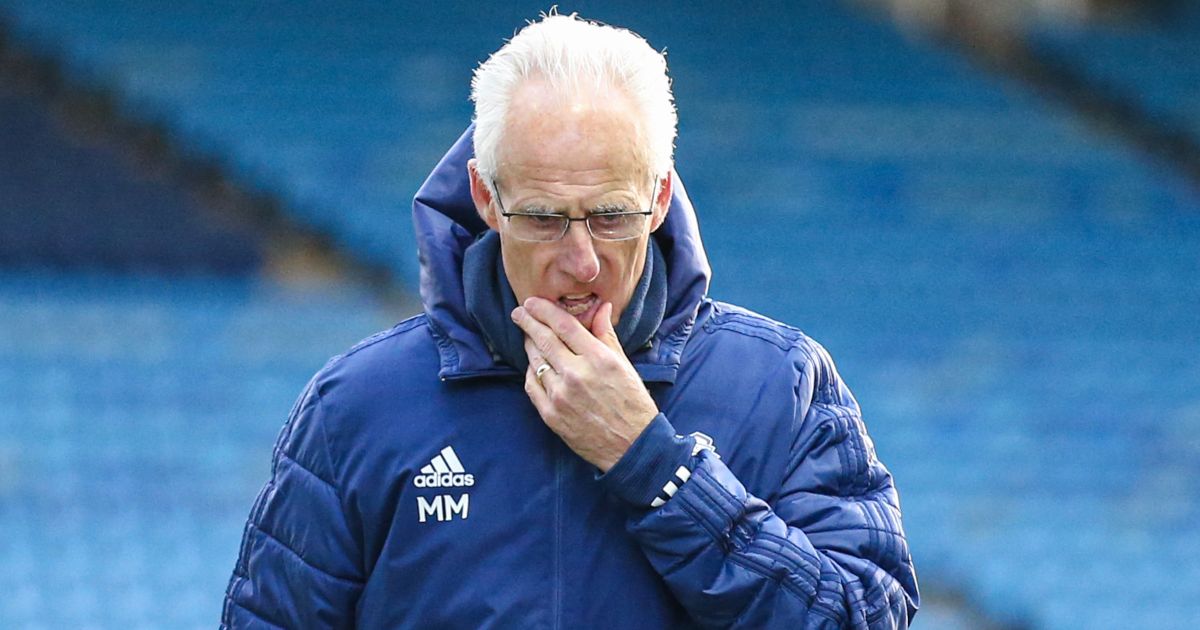 If a managerial change is supposed to bring about new hope, joy and relief following an ill-fated run of form, then everybody connected to Cardiff City will be hoping for the most significant of changes following Mick McCarthy’s dismissal.

It had been a long time coming – too long. McCarthy’s problems very quickly flowed from being his own into a calamity for his former employers. Such is the record breaking rot that set in – eight defeats in a row – that merely relieving McCarthy of his duties will not automatically provide relief to the blue corner of South Wales.

There are a multitude of names being bandied about for the vacancy which has been a long time in the making, but no manager is capable of coming in and transforming this side, bereft of confidence, form and that winning feeling into a world-beating outfit.

Having finished just outside the play-off places last term from the dual efforts of McCarthy and predecessor Neil Harris, Cardiff have long since had a reputation as a team of fighters and physical warriors with the added dash of quality thrown in as an extra rather than a pre-requisite. It is natural when your lineage of coaches goes from Warnock to Harris to McCarthy to be this way inclined, but when the fight runs out, there is little left to get behind.

Cardiff had started the season in fine enough form, putting to bed a disappointing end to last season to claim 11 points from their opening six fixtures. Eight games and over six weeks since last adding to that tally, Cardiff sit above the bottom three by one place and two points alone, while only Barnsley and Hull have acquired fewer points than the Bluebirds.

“Hughton would be a brilliant appointment” 🤔

The hunt is on for Cardiff’s new manager after Mick McCarthy was sacked.

Chris Wilder is the current favourite.@RyanDilks1 think Chris Hughton would be a good move!👇#CardiffCity pic.twitter.com/LJIFsDcAMF

The names being touted for the job range from the usual suspects (Tony Pulis and Chris Hughton) to the existing coaches (Mark Hudson and Steve Morison) to the genuinely exciting choices (Michael Flynn and Chris Wilder), but it is difficult to conceive anybody being able to change the course of Cardiff’s season quite so staggeringly as they need it.

In not acting sooner, Cardiff unfathomably allowed McCarthy’s over-defensiveness to get the better of them. That they begun a good portion of their eight successive defeats with up to five centre backs and served to concede 19 goals in that run, showed that this was a team with neither rhyme nor reason.

There is little more infuriating aspects of modern football management than well-paid experts believing that automatically switching to a back three makes a team better defensively. Without the right system and players to complement such a setup, that simply is not the case. That a manager with such history of success at this level and with a prior reputation for organising good defences could allow it to happen time and time again is a travesty on his part, and even more so on the Bluebirds hierarchy for not acting sooner.

Each of their next three matches are against sides in the top half, a trio of members from the 21 point club. That Stoke, QPR and Luton each finished below the Bluebirds in 2020/21 and yet each would be disappointed to make it to 24 points after their respective fixtures against Cardiff in the next few weeks, speaks volumes as to how far they have fallen.

McCarthy could and should not have been allowed to continue long before the axe fell following the 2-0 defeat to Warnock’s Middlesbrough side. There were plenty of opportunities, successive thrashings to Blackburn and West Brom, a home defeat to Reading, and that calamitous 3-0 defeat in the South Wales derby could and perhaps should have all spelt the end of McCarthy’s mixed year in charge.

What had started out as an extremely favourable time owing to the boredom which Harris had inflicted on Cardiff supporters in his latter days in charge, soon gave way to the status quo and beyond. It shouldn’t come as entirely surprising. Cardiff City have been terrible, and much of the blame rests with McCarthy, but they have not been entirely underperforming.

The average position for Cardiff’s players is…

Their squad is far from top half quality in the Championship. The Welsh outfit who have only ever had one non-British or Irish manager and possess only one non-British or Irish player in their current squad have gone stale. There is depth, but little strength. Aside from big loser Kieffer Moore, who seemed destined for the Premier League and is now enduring some of the worst form of his career, there is little to get excited about.

Wing back Ryan Giles is oftentimes the second or third most attacking player in a line up and while some of that can be put down to McCarthy’s negativity, it is also down to a lack of appropriate investment in the playing squad to be anything other than functional.

When a club relies on function as a bare minimum, it comes at a price – wins and points at the expense of excitement. Once the victories dry up and the losses set in, there is nothing left to cheer. This squad was borne out of functionality but hasn’t gotten that right even once over the past month and a half.

At 30-years-old, James Collins made the biggest move of his career and it has been unsurprisingly disappointing. An aged squad supplemented by youth team players not yet ready for the important roles they are being faced with in an unconfident setup being given no boost by home fans understandably perturbed by what’s happening in front of them adds up to the grand sum of a miracle being needed to turn this season around.

Just as with Nottingham Forest, a big boost is needed, a manager who can make this team more than the sum of its parts. Chris Wilder and Michael Flynn, the exciting choices through having experience of doing just that at very opposite ends of the Football League system in their last jobs, but each equally capable of giving Cardiff what they need – a way out of this ever-spiralling drop down the table.

A long term plan is the ideal, but this season, staying in the Championship is what matters. Their form is relegation-worthy, and their squad little better. A manager who knows how to make the most of not very much at all is the vital next step in Cardiff’s short term future. If they get the next decision wrong, their immediate future is in League One.