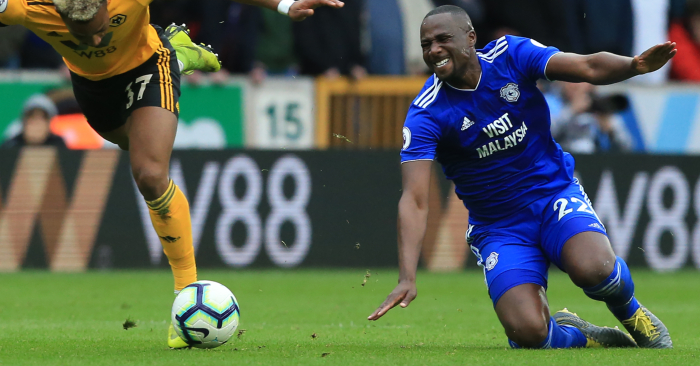 Cardiff defender Sol Bamba has been ruled out for the rest of the season after suffering knee ligament damage.

Bamba sustained the injury in the 2-0 Premier League defeat at Wolves on Saturday and left the pitch on a stretcher.

“Unfortunately our biggest fears have been confirmed regarding the injury Sol suffered at Wolves on Saturday,” Cardiff manager Neil Warnock told the official club website.

“Scans have shown that Sol has ruptured his ACL; he will have an operation on Wednesday and therefore miss the rest of the season.

“It is a major blow to the squad but I know all of our supporters will join me in wishing him the very best during his recovery.”

The 34-year-old Ivory Coast international has been a talismanic figure since joining Cardiff in October 2016, playing a key role as the Bluebirds won promotion from the Championship last season.