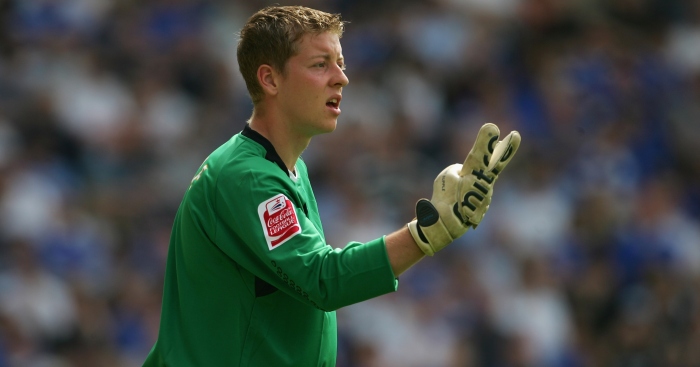 It takes a man strong of spirit to turn his back on professional football at the age of 22 and it takes an even stronger one to deliver this news to Roy Keane.

Shane Supple quit football just nine days after his final game for Ipswich in August 2009. The goalkeeper had become disillusioned with the game and no longer wanted to be part of it, having witnessed a side of the sport he did not want to see again.

After seven years away from being a professional, he is back playing in the League of Ireland, where he is first choice for Bohemians, and his recent form even earned him a call from Martin O’Neill for friendlies against USA and France. But he does not regret the decision he made in 2009.

“I know I could have made a decent career out of the game over there but it wasn’t what I wanted and I am completely happy with that. I am enjoying my football and I’ve always been aware that there’s is more to the world than football. There was always things I wanted to do and it’s hard in that bubble in England and it can be quite lonely over there, so I am very happy with the decision I made.”

There are no regrets for Supple, whose international call-up resulted in a reunion with Keane, who was the Ipswich manager when he retired. Keane is now O’Neill’s assistant and Supple remembers walking into the manager’s office to tell him his surprise news, receiving an understanding reaction to what many would have seen as an unfathomable decision.

“He was very good. He asked if I wanted time off to think about it or if I wanted to see someone to talk about it, but he could see my mind was made up, he understood why I was doing it. He just asked what he could do to help and I told him to just get me away as quick as possible and within a few days I was out of there, so he was brilliant in that sense.

“It was over a number of years and I probably held on a bit longer for other people, as I didn’t want to let others down. Obviously the opportunities financially were good but that wasn’t why I was playing the game, I wasn’t in it for money, I was playing because I loved it. But I wasn’t enjoying it anymore, so I came to a decision as I knew things weren’t changing, I was still feeling the same and I needed to get out.

Ipswich goalkeeper Shane Supple retired from the game on Thursday aged 22 having fallen out of love with the game. Have you?

To have grown weary of football by the age of 22 is a sign of how much Supple was struggling with attitudes within professional football, as team-mates complained of their holidays being cut short by being in the play-offs and played for themselves rather than the team. It wasn’t just Ipswich that had problems but also Falkirk and Oldham, where Supple enjoyed loan spells.

“I just couldn’t believe what I was seeing around the first-team dressing room. I couldn’t believe the attitude towards the game; I was young and naive coming from Ireland, we’ve got gaelic football and hurling here, you play for your one club for your whole life and you do everything for the club.

“In football, a lot of the lads move around so much, they don’t really have an attachment to the club, so it was difficult for me to understand, and I started to get doubts around then, but I tried to put it out of my head as I enjoyed the playing the game. I was then starting to get games and I was taking it one at a time but things started to develop from there, the manager left, new management came in and I wasn’t playing as much.

“I was loaned out and I was still seeing the same things, I just couldn’t get my head around it, about how much people look after themselves. They didn’t care about their team-mates or even staff, they were just watching their own back, which wouldn’t be my way of doing things.”

Supple had made his first-team debut aged just 18 and kept the No.1 shirt for half the season, an impressive feat for a teenager in the Championship. But even at that age he didn’t feel like his dreams had come true.

“A lot of it would be the coaching staff saying one thing to your face and another behind your back, so it was hard to trust anyone, players as well. There were a lot of lads looking after themselves making sure they got the next contract, not working together as a team a lot of the time.

“There was a lot of individualism in the game and it was hard to create that team spirit, something I had in the different teams I played in when I was growing up. You need that camaraderie to be successful. You need to fight for each other and I couldn’t see that in England and I didn’t want to be part of it going forward.”

After returning home to Ireland, Supple went back into education, something which took a backseat during his childhood as he tried to fulfil his sporting ambitions. The new dream was to follow in his father’s footsteps by joining the Gardai but a freeze on recruitment ended that plan. Supple rejoined his childhood Gaelic football team and also coached goalkeepers as he didn’t want to leave his former profession behind completely.

“I joined in a lot of the sessions because I love goalkeeping and throwing myself around to make saves. I look back now and realise there is a reason why I kept that up. I didn’t know I would come back and I never had any intention of coming back but it was nice working with the young lads, as I didn’t really have anything like that when I was growing up – goalkeeping coaching wasn’t a big thing in Ireland! But I had the experience of the UK and working with some of the best goalkeeper coaches and it was nice to give something back to them and watch them develop and it helped to keep my eye in.”

Sessions took place at amateur side Crumlin United, who lured him back to the game due their own goalkeeping crisis. Two weeks helping them out between the sticks became months as his love for football returned. At the end of the season, a number of League of Ireland clubs asked about Supple becoming a professional again, resulting in a move to Bohemians.

What a save from Shane Supple to keep his side on level terms. #DublinDerby pic.twitter.com/d3zh1a15LI

After two years Supple’s performances were rewarded by O’Neill, who brought him into the international squad for the first time, aged 31. The former Celtic manager had watched Supple play and was impressed by his ability, although the man himself does not think he’ll be back on the international stage in future.

“It was strange, I didn’t expect it to be honest, it wasn’t an ambition of mine as playing back here, you don’t think you’ll make the squad. It was a nice surprise, it was great for my club, Bohemians, great for the league to have a player in the squad. It was an end-of-season friendly, there were a lot injuries, so which is why I was called in but it was nice to get the shout.

“I hadn’t seen Roy since the day I left, I never got the chance to thank him properly. I remember being in the hotel in Paris before the game, I thanked him for the way he looked after me and how he got me out of Ipswich. It was nice to catch up with some of the other boys, like Jonathan Walters, he was at Ipswich with me, and some of the guys I played with in the age groups, and it was great to get their opinion on how the game is over there, how they’ve got in and their success. I can’t see it happening again.”

Not even a senior international call-up can make Supple contemplate whether he made a mistake in missing out on seven years of what would have been a successful and financially rewarding career.

“I’ve always been comfortable with the decision I made but that is a question that will come up, having been called into the Irish squad. People think I’ll be pondering what could or might have been, but for me it only helped confirm that I made the right decision.”