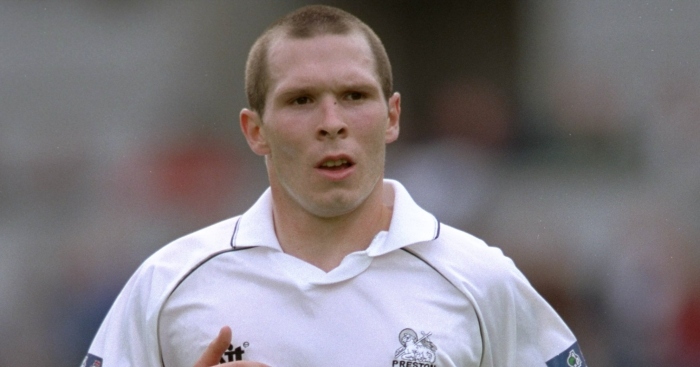 “Why didn’t you speak to me? Why didn’t you take advice from people before taking jobs? What have I told you?” Sir Alex Ferguson told Michael Appleton after he was sacked by Blackburn Rovers.

Appleton was only 37 when he was summoned to Ferguson’s office at Carrington; his playing career had been over for over a decade and he was leaving his third managerial role in 14 months. The young manager still had a lot to learn.

The former midfielder was no stranger to Ferguson, having come through at United, part of a youth team living in the shadow of the Class of ‘92. The group were largely forgotten, despite many having solid careers, having seen David Beckham, the Neville brothers, Nicky Butt, Paul Scholes and Ryan Giggs become integral at Old Trafford.

“It was bloody difficult as when you had so many players who then went on to have the careers they had. The majority of them played at the highest level and international football, so to train with them every day resulted in me asking ‘Am I not very good or are they just very, very good?’ So it was difficult because everything they achieved in their two years as scholars and YTS players, we got judged on that.”

Although he would only make two first-team appearances for the club, he earned a club-record move to Preston, putting extra pressure on him. After a tough start to his time at Deepdale, Appleton reacted and matured into new surroundings to show he was worth the investment.

“There is no doubt about it, my first year at North End was difficult because it was massive learning curve for me. I’d already been out on loan a couple of times, so I knew what it was like outside of the bubble you’re in United. But to sustain that and do it every single week – not just four or five games when you go out on loan – that was difficult but at the same time it was brilliant as it game me a real indication of what’s it like below the Premier League.”

Appleton thrived at Preston and then joined West Brom in a £750,000 deal in January 2001. Ten months later he suffered a knee injury in training.

After being sent for treatment, Appleton was wrongly advised to have knee reconstruction surgery, which resulted in further unnecessary agony. The road to recovery was a long one but it was an ultimately fruitless one. Appleton says the struggle resulted in him having mental health issues while he tried to regain fitness after the innocuous training ground incident.

“There was nothing in it all. I used to travel in with Des Lyttle every day and in a session, I nicked the ball and just got there before Des and my leg was hyperextended, he made contact and it just shot back on itself.

“There was a partial tear of the posterior cruciate ligament and the surgeon who was dealing with it at the time felt it was necessary to reconstruct the knee. Knowing what I know now, having had the court case and with the little bit of information and knowledge that I’ve got, these days when they have a posterior cruciate injury, it’s very rare that they would go through surgery.”

Appleton pushed himself beyond reasonable means to try and secure a future as a professional footballer and it was not beneficial to a man trying to keep his dream alive.

“You look at it and think I retired at 27 but really it was 25, as I did two years of rehab to try and get back playing. Those years were difficult, three major operations, a lot of time in the gym and the pool alone. You had moments where you think you’re unsure if you’ll ever get back and then you have a good month and think you’re back on track. I was in a lot of pain throughout my rehab.

“I became obsessed with trying to get back fit. I remember the staff sitting down with me and telling me to calm down; I was doing six hours of cardio a day, it was ridiculous. I would go to the gym before I went to the club, do my rehab, spend my day at the club and then going back to the gym to do more cardio to make sure I was in peak physical condition.

“Looking back now, it was my way of dealing with what was going on. I’ve got no doubts that I had some kind of depression and I think the doctor at the club pretty much made me aware of that. He hadn’t been at the club that long and he only met me and knew me during my rehab.

“When I retired and got my head round that I wouldn’t play again and was a coach, he turned around to me one day and said ‘I wish I knew you before you got injured and did your rehab, as when you were doing your rehab you were so angry, frustrated and you never had time for people, you come in, went in the gym, you were very short with people, one word answers and that you were the angriest little man and quite horrible at times’ and then he said ‘I know you now after two years as a coach and you’re quite a nice guy’. He told me if he’d known me before, he would have advised me to go see someone and get some help.”

Appleton did eventually play again in a reserve team match but realised his body could not cope with the rigours of the professional game, so just walked off the pitch at Newcastle United and drove home without a word to his team-mates or the staff.

“I was so far off it, I was still in a bit of pain, there was swelling in the knee that we were struggling to get rid of. It was a bit stupid looking back but no one got hurt from it. I remember just staring into nowhere and thinking ‘that’s me done’ and without really relaying anything to the bench, I just walked off the pitch, threw my boots off, put my trackie and trainers on.

“I jumped into my car and in those two hours driving to Preston, that’s when I knew I was done. I went to see the surgeon two or three days later and he confirmed it.”

Poor medical advice resulted in Appleton bringing legal action against the surgeon, after seeking a second opinion. Although he won the case, Appleton still feels he did not get what he deserved.

“He looked and could see straight away there was something there that should be in the knee. It was a plastic screw that had come out and come loose, which had been put in to keep the ligament intact but it didn’t work.”

Further surgery followed to see if there were any other problems, resulting in a stark revelation when he came round from anaesthetic. “The doctors said ‘I hope you’ve got a good lawyer’. What they saw when they opened my knee up wasn’t good. I went into the surgery with one injury and came out with four different ones, so it was a bit of a shock.”

The ensuing legal case resulted in a £1.5m payout for Appleton. “It was a painful process the whole thing but it wasn’t just me who thought it was necessary as it cost me my career, it was also the people who were looking after me, who tried to rectify the damage that had been done, who felt it was necessary as well.

“People think I actually won the case and I’d got the just rewards for what had happened but what a lot of people don’t know was that the judgement was made on the basis that I would have had to retire at the age of 31 because the judge wasn’t a massive football fan, which didn’t go in my favour. I received rewards for what I would have earned up to 31 as they felt the additional injury of the posterior cruciate would have made me have to retire at 31.

“Although I won the case, in my opinion, I still lost four years of earnings.”

Needing a plan for the future, Appleton was taken onto the staff at West Brom and worked his way through coaching badges. His determination to succeed was rewarded by being promoted from youth team coach to being made a member of the first-team backroom staff, working under the likes of Roberto Di Matteo and Roy Hodgson at The Hawthorns.

Appleton was highly thought of as a coach and a managerial role was inevitable; he had a taste as caretaker following Di Matteo’s departure from West Brom. Eventually he would get a permanent job at Portsmouth but it was a difficult first role, spending a lot of his time fighting fires and meeting potential new owners as the club were up for sale. Eventually they would be forced into administration and relegated at the end of the season.

Appleton left Fratton Park for Blackpool, another club with a well-documented collection of issues. He would only last a few months at Bloomfield Road before growing weary of their problems, choosing Blackburn as a hopefully more sedate organisation. This was not the case and he was sacked after a mere two months, resulting in a P45 and Ferguson’s wrath.

“I still consider myself a young manager. At the age of 42, I’ve probably experienced as much in the sense of ‘real management’ as most people in the game in their mid-60s, in terms of having to deal with issues off the pitch and ownerships that were very volatile and clubs that were unstable at the time. At the time you could have done without it but going forward, those experiences have stood me in good stead.”

Since enduring a tough start to life as a manager, Appleton found stability at Oxford United for three years. Promotion was secured in his second season in League Two, followed by an eighth-placed finish in the third tier. New owners and concerns over new owners at the Kassam Stadium resulted in Appleton assessing his options, so he joined Craig Shakespeare at Leicester City, becoming his assistant.

Michael Appleton is Leicester's new assistant manager. Reckon the players might think twice about getting him sacked. pic.twitter.com/t4xTQp3aXw

The No.2 became known for his muscular physique on the touchline, although an elbow injury means he hasn’t lifted a weight in four months. Revitalised and re-energised by his spell in the Premier League, Appleton left after just a year following a backroom reshuffle by Shakespeare’s replacement, Claude Puel. He is looking to get back into the game quickly but has one eye on the long term, too.

“I don’t know what the future holds, whether it’s going in as a No.2 or a No.1 somewhere, I am very open-minded. Last year I graduated from my masters in Sports Directorship, so down the line maybe Director of Football might be the role I take but that’s ten years of so down the line.”

Whatever happens next, Appleton will be making a call to a Cheshire mansion to avoid another lambasting, as you’re never too old to learn.