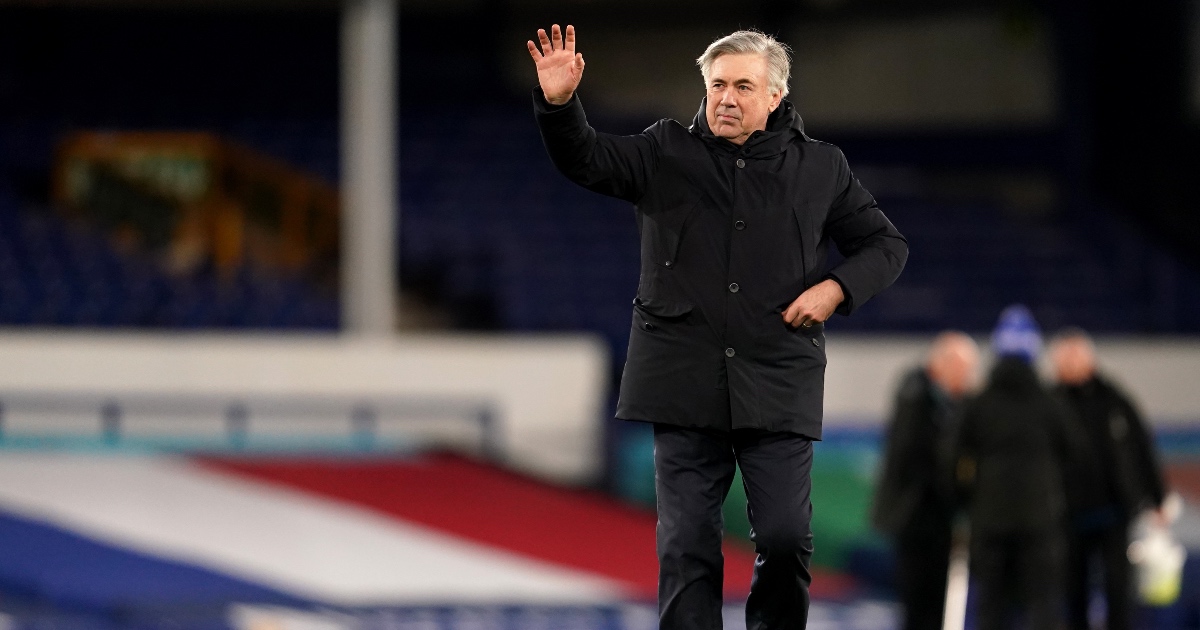 Michael Keane has hailed Everton manager Carlo Ancelotti during their top four bid, saying he has ‘done it all’.

The Italian boss is trying to secure a Champions League spot for Everton for the first time since 2005.

A close 1-0 win over West Brom on Thursday kept them in the running alongside Chelsea and West Ham.

Ancelotti has won countless trophies during his time as a manager, including three Champions Leagues.

Speaking after the win over the Baggies, Keane said: “We know it is going to be tough but we feel we have the quality, attitude and mentality within the team to do it.

“The manager has been there and done it all and he passes that belief onto his players.

“You can see that on nights like last night; even when we don’t play well we still believe we are going win, we can dig deep, get one chance, take it and hold on.

“That is some of the quality you need. We know it is going to be tough but there are 12 games left and there is no reason why we can’t believe.”

The Toffees’ best form has come away from Goodison Park this season.

They’ve picked up 29 points from a possible 39 on the road.

When asked about their away form, Keane continued: “The fact we won away from home when we didn’t play well is the sign of a good team.

“We’ve played much better in previous weeks when we have been on this decent run and won a few games but we had to grind it out.

“They made it difficult for us, we didn’t create a lot of chances and (there was) a bit of a lack of quality for us but we got the goal and a clean sheet so we’re pleased with that.”

Everton’s next match is against Chelsea on Monday at 18:00.