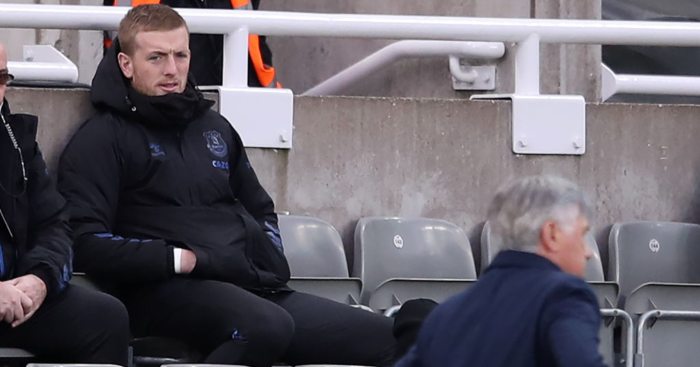 England goalkeeper Jordan Pickford found himself named only among the substitutes as Everton boss Carlo Ancelotti took him out of the firing line at Newcastle.

The 26-year-old former Sunderland player was replaced in the starting line-up at St James’ Park by debutant Robin Olsen after a difficult few weeks in his career.

Ancelotti said on Everton’ official Twitter account: “I just want to give@JPickford1 a rest for this game and to give an opportunity to Olsen, to have minutes. Jordan will be back for the next game against Manchester United.”

Pickford was fortunate not to be sent off for the challenge which left Liverpool defender Virgil Van Dijk needing knee surgery in the 2-2 derby draw at Goodison Park on October 17, although he later received the backing of his manager over the incident.

He was spared further embarrassment at the death in that game after he failed to keep out what would have been a late winner from Jordan Henderson when a VAR check resulted in a controversial offside decision.

Pickford had started all but one of his club’s games this season and four more for England.

However while he has kept two clean sheets for his country, he has managed just one – at Tottenham on September 13 – for the Toffees, whose unbeaten start came to an end with a 2-0 defeat at Southampton last weekend.