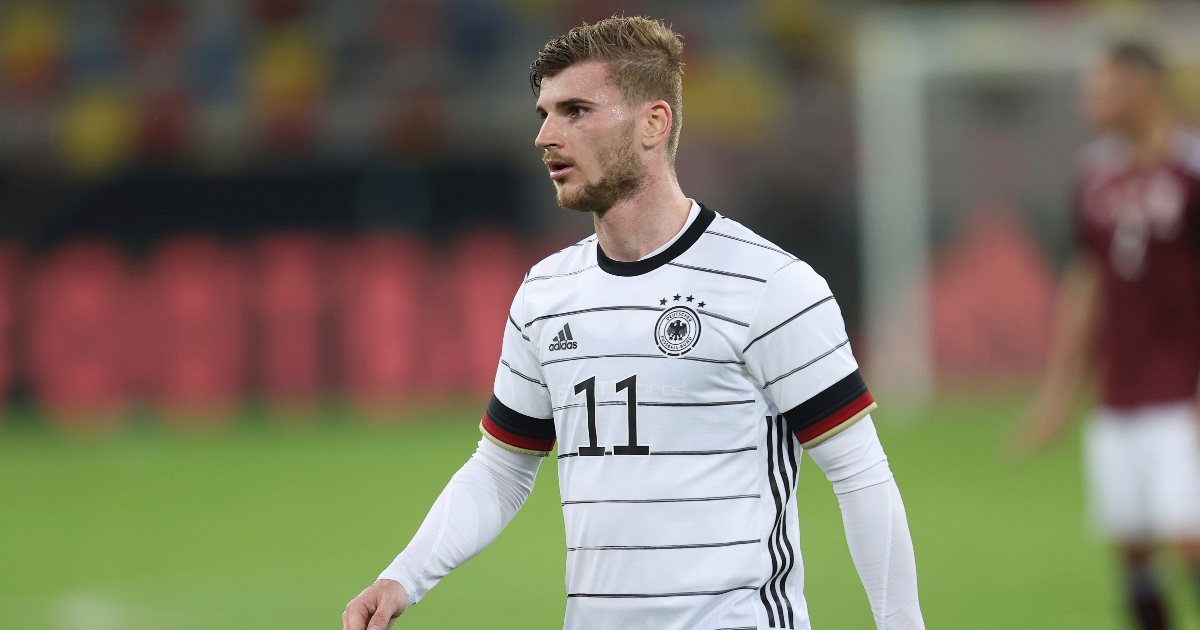 Chelsea forward Timo Werner is on Carlo Ancelotti’s list of targets at Real Madrid, according to reports.

The pacy German endured a tough first season in England after joining the Blues from RB Leipzig.

He went on a 14-match goalless run between November and February in the Premier League.

But his fortunes started to look up towards the end of the campaign as he scored against West Ham and registered assists in three Chelsea wins.

According to Spanish source Fichajes (via Express), Ancelotti has noted the player’s impact on Chelsea and wants to take him to Real Madrid.

He is plotting a busy summer to rebuild the squad at the Bernabeu. Werner has apparently been placed towards the top of his wish list.

Ancelotti is attracted by the 25-year-old’s versatility, as he can operate as a centre-forward or on the wing.

He’s looking to sign Werner to partner him with Eden Hazard and Karim Benzema as part of a deadly attacking trio.

Los Blancos are confident of capturing the forward’s services for far less than the £47million Chelsea paid in July 2020.

They believe his value has gone down since then and the Blues will be open to a sale.

It remains to be seen whether Tuchel would allow such a departure. The manager is a big fan of his compatriot.

He persevered with Werner even when he was struggling to score in the Premier League.

Tuchel tended to play either Werner or Kai Havertz up front during the recent campaign, with Mason Mount and Christian Pulisic in supporting roles.

His selection paid dividends as Werner scored four times on the way to European glory. Havertz repaid some of his £70million fee by bagging the winning goal in the final.

Tammy Abraham is the striker most likely to leave Stamford Bridge this summer. He’s been linked with a £40million switch to West Ham.

Olivier Giroud, benched for most of the season run-in, was expected to join AC Milan on a free transfer.

But he ended those rumours by signing a one-year contract extension at Chelsea.