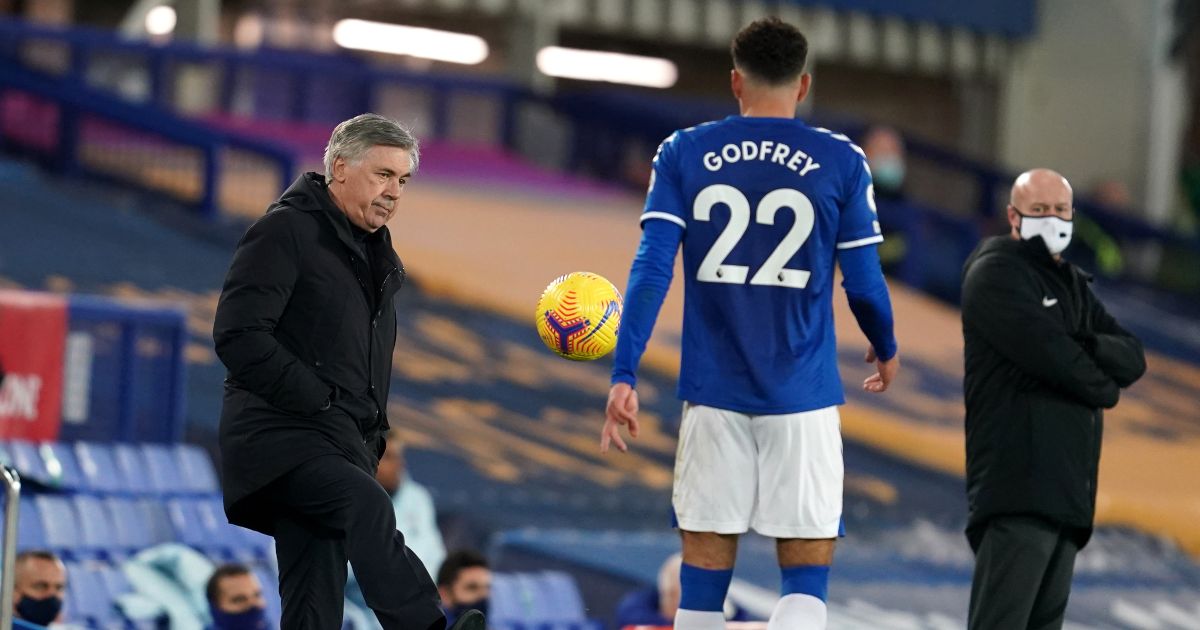 Carlo Ancelotti said Ben Godfrey has surprised him since his summer move to Everton from relegated Norwich.

The 23-year-old has established himself at Goodison Park this season, making 17 appearances since his debut in the Merseyside derby on October 17.

The defender has said previously he would be happy to play anywhere and his versatility has often provided an added dimension for manager Ancelotti.

“He’s doing really well. What can I say?” the Everton manager said.

“It was a surprise for me because I knew him, but not a lot and I found a really fantastic defender because he has all the quality that a defender needs.

“He’s powerful, he has a lot of energy, tactically intelligent, really aggressive in the duels and so he can play in different positions and this is really important.

“He played really well as a left-back when Digne was out and so really pleased to have him in the squad.”

The Toffees secured their fourth successive Premier League away victory at Leeds midweek, with Godfrey likely to start in his usual central role.

When asked what specifically surprised him about the defender, Ancelotti said: “The personality that he has, the focus that he is able to keep in every single moment of the training and of the game, this is what surprised me.”

Everton host Manchester United on Saturday, with Ole Gunnar Solskjaer’s men making the short trip on the back of a 9-0 thumping of Southampton.

Ancelotti’s side will also be without their first-choice goalkeeper Jordan Pickford, with the manager confirming the England international has not recovered from a rib injury in time to take his usual place between the posts.

“This is the bad news, that they scored nine goals,” Ancelotti added.

“But at the same time, the game before I can say that they lost against Sheffield United so I have to choose what to say to the players, but the players know this.

“It will be difficult, a really difficult game because United is a fantastic team, it is a team with a good mix between experience and talented players, young players.