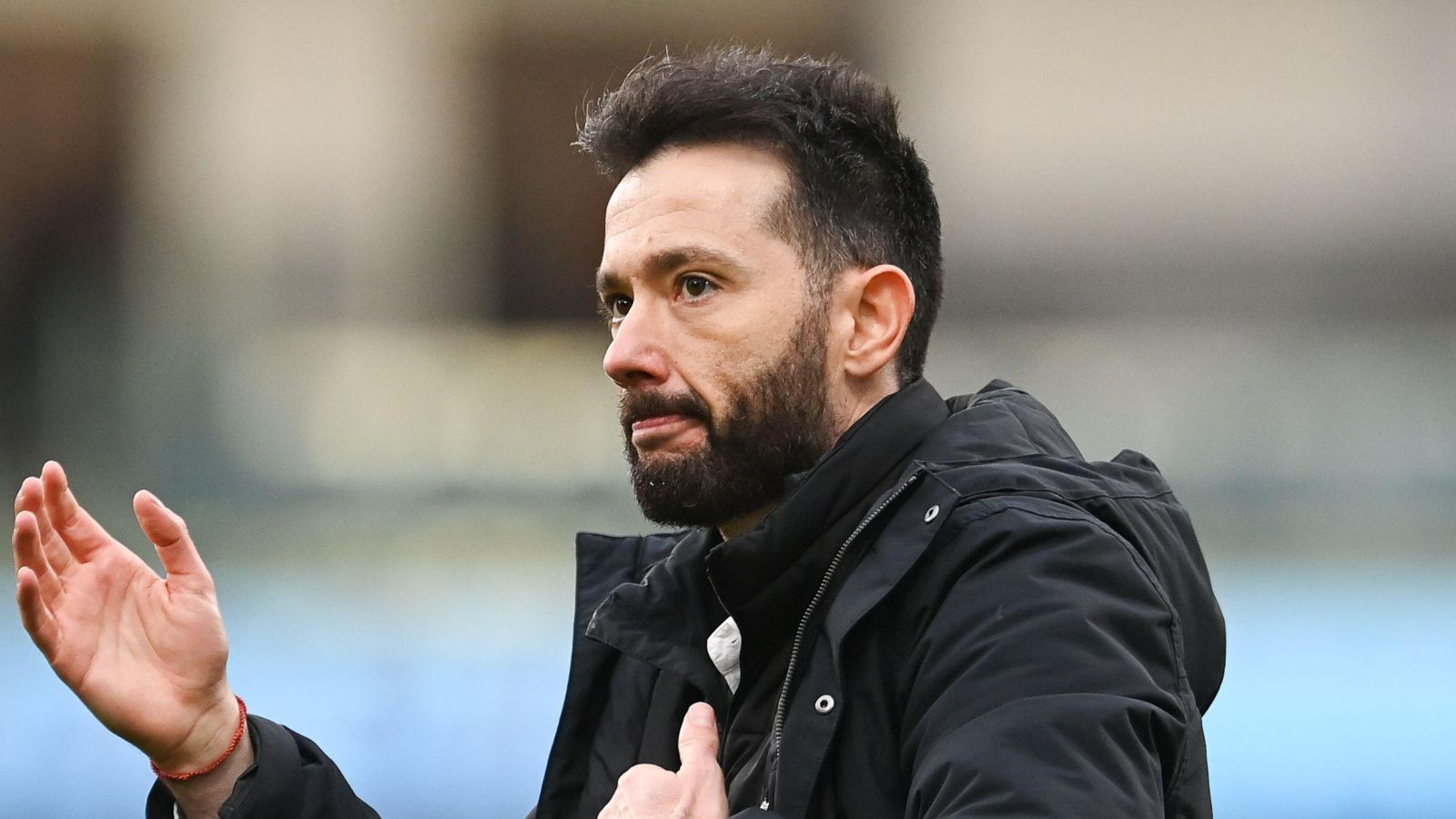 Huddersfield Town have confirmed that Carlos Corberan has resigned a few weeks before the 2022/23 campaign gets underway.

Corberan guided the Terriers to the Championship play-off final last term. He met with head of football operations Leigh Bromby on Wednesday evening before resigning. His assistant Jorge Alarcon is also leaving.

A club statement read: “Huddersfield Town can confirm that Carlos Corberan has today resigned from his position as head coach.

Huddersfield latest to count the cost of penalty confusion, Jon Moss and sentimentality

“The 39-year-old was appointed to the role in July 2020 and, following a 20th place finish in his first season, coached the team to the Sky Bet Championship play-off final in the last campaign.

“However, he notified the club of his decision to leave, alongside his long-term colleague Jorge Alarcon, on Wednesday evening.”

Huddersfield confirmed Danny Schofield has been appointed as the club’s new head coach.

The Terriers have not revealed whether Corberan, who had previously worked as assistant to former Leeds boss Marcelo Bielsa, had received an offer from another club.

Bromby said: “It is with sadness that we have accepted Carlos’ resignation. He was obviously a big part of what was a fantastic season in 2021/22, but he has subsequently come to us over the last 24 hours and made it clear that he doesn’t think he is the man to take us forward.

“The timing is disappointing, with our preparations for the new season already under way.”

“Danny Schofield will now step up to lead the team. He knows the club, the players, our coaching programme, and our structure as well as anyone and is ideally positioned to give us continuity.”

Corberan took on the role of head coach for the first time when he succeeded Danny Cowley at the John Smith’s Stadium after ending his three-year spell as a coach at Leeds.

The Terriers, relegated from the Premier League in 2019, struggled in Corberan’s first season, surviving a second successive brush with relegation to the third tier.

But following a successful recruitment drive in the summer of 2021, Corberan guided the club to a third-placed finish last season.

The Terriers beat Luton in the play-off semi-finals, but lost 1-0 to Nottingham Forest in the Wembley final.

Huddersfield chairman Dean Hoyle urged the club’s fans to give Schofield their full backing as they prepare for a fourth season in the Championship after dropping out of the top flight.

Hoyle added: “I know the timing of this news will come as a real shock to our supporters.

“We felt the same when Carlos asked to meet Leigh on Wednesday evening and made it clear he would be leaving, as we have been working together to plan for the new season.

“Everyone at the club sincerely thanks Carlos for his hard work over the last two seasons and for the way he has helped to take us forward. I really hope he goes on to have a great career.

“Town fans all know that success in football is never a simple, straight line, and there are always moments around the corner that test you. This is one of those moments, but I honestly believe we are in a great position as a club.”