Home All The News Carra, Jenas debate over standard of Liverpool’s season 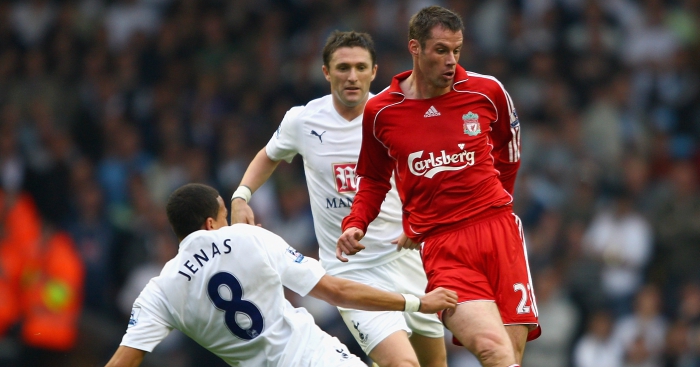 Liverpool are currently fourth in the Premier League table, just one point above Arsenal and five clear of Manchester United with two games remaining.

If the Reds win their final two fixtures against West Ham and Middlesbrough, Champions League qualification will be secured. But any slip is likely to be capitalised upon by a resurgent Arsenal.

The season enjoyed by Jurgen Klopp’s men was subject for debate on Twitter on Saturday however, with Jamie Carragher and Jermaine Jenas at loggerheads.

BT Sport presenter Jake Humphrey ignited the fire, tweeting: ‘I do agree with Jermaine. Expected more from Liverpool this season…Klopp needs to deliver next time round…’

Carragher’s simple response of ‘Well, what did you expect?’ was enough to bring a reply from Jenas himself.

‘I expected with no European football, and Klopp working with his players for that extra year for them to [be] in a far more comfortable position,’ said the pundit.

Carragher replied: ‘So at the start of the season you expected Lfc to qualify for CL with 3/4 games to go? You expected them to be above UTD/Arsenal??’

Jenas responded: ‘Ye I did, I thought with the ability to concentrate just on the league and klopp having a year to get them playing his way that this year would be far more positive than it has been.

And this infernal tennis match continued with Carragher: ‘So if you thought they would with 3/4 games to go you had them 9/10 points ahead which is mad & well over 80 pts which Lfc got 3 times in PL.

‘LFC are in the top 4 at the moment, because of no Europe, they have the 6th best squad.’