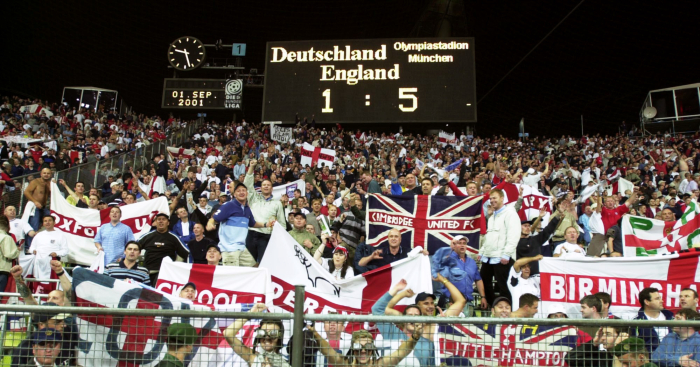 Jamie Carragher has compared England’s 3-2 Nations League victory over Spain to the 5-1 humbling of Germany in 2001.

Spain suffered their first competitive defeat in a home fixture since 2003 as England raced into a 3-0 first-half lead in Seville. Our player ratings were an absolute treat.

The hosts scored twice in their attempts to claw back a result, but England held on to secure a win as famous as that comeback in Munich in 17 years ago.

Carragher, a part of that England team way back when, has compared the two victories in terms of their impact.

“I can only go back to when I was playing and the only thing that could match it was the 5-1 win in Germany,” he told Sky Sports.

“It’s a fantastic result. This is a game they will never forget, whatever they do in their international careers.

“How brave he was. As soon as the game started, Eric Dier, who was England’s holding midfielder, was flying at Sergio Busquets to close him down. That tells you they are on the front foot and going for it.

“Spain still dominated possession but it was like a great away Champions League performance as you’d see from one of our top teams. They were devastating on the counter, very clinical in front of goal and held on at the end.”