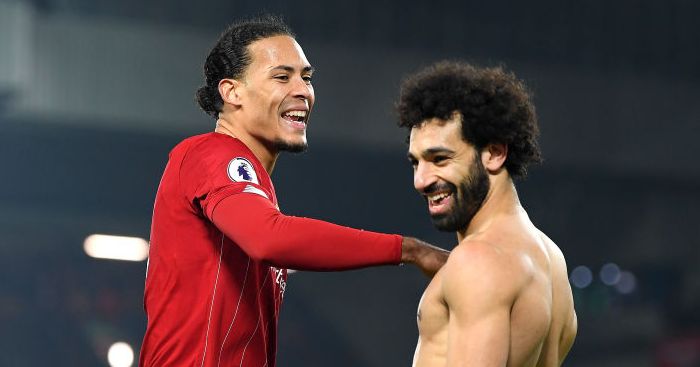 Jamie Carragher has picked his Premier League team of the season and named seven Liverpool players.

The Sky Sports pundit picked an entire Liverpool back four, Jordan Henderson in midfield and two of the Reds’ front three.

Carragher admits that he hesitated over including Joe Gomez – who has played only 19 Premier League games this season – but eventually decided that being unbeaten was a feat that needed to be rewarded.

“The only decision I had really was who was going to partner Virgil van Dijk.

“I thought about Jonny Evans in that position and Harry Maguire has had a really good season. I’m a big fan of Caglar Soyuncu in that he just makes me smile when I see him play for Leicester.

“Conor Coady has also done brilliantly for Wolves; he has not missed a minute this season and is probably as good as anyone alongside Van Dijk in terms of passing from the back.”

Carragher admitted that he could not pick any other Liverpool midfielders but captain Jordan Henderson,

“Midfield is probably one area where Liverpool have not been streets ahead of other teams, certainly in the last year or two. Liverpool need three midfield players who can run because they do a lot of work for the front three, who do not have to cover back so much really.

“You do not see Liverpool’s wide players in full-back positions; they are almost like a front three, so that midfield three at Liverpool have to cover a lot of ground.”