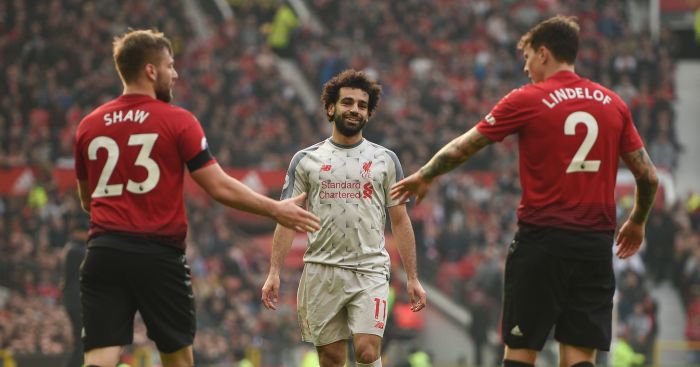 Jamie Carragher and Graeme Souness think Liverpool needed to show more creativity during their 0-0 draw against Manchester United on Sunday.

The latest battle between English football’s two most successful clubs was a typically tense affair as Ole Gunnar Solskjaer’s in-form side looked to bolster their top-four chances and give their title-chasing rivals a bloody nose.

United’s trio of first-half injuries gave Liverpool the upper hand, yet the visitors failed to exploit those issues and had to make do with a point that puts them a point ahead of Manchester City and in control of the title race.

Klopp’s men failed to create many chances despite dominating the ball for much of the game, with Souness and Carragher agreeing on the reason for Liverpool’s struggles at Old Trafford.

“They didn’t have enough imagination or creativity in midfield,” Souness told Sky Sports. “Liverpool’s five midfielders have scored six goals this season – that’s not enough if you’re going to win the league.”

The duo were speaking on Sky Sports after the match with Carragher claiming Liverpool’s front three should have done a lot more.

“They had them at the other end, with the goalkeeper making the Lingard save. Liverpool’s front three haven’t quite exploded yet this season – they’ll need to if they’re going to win the league.”