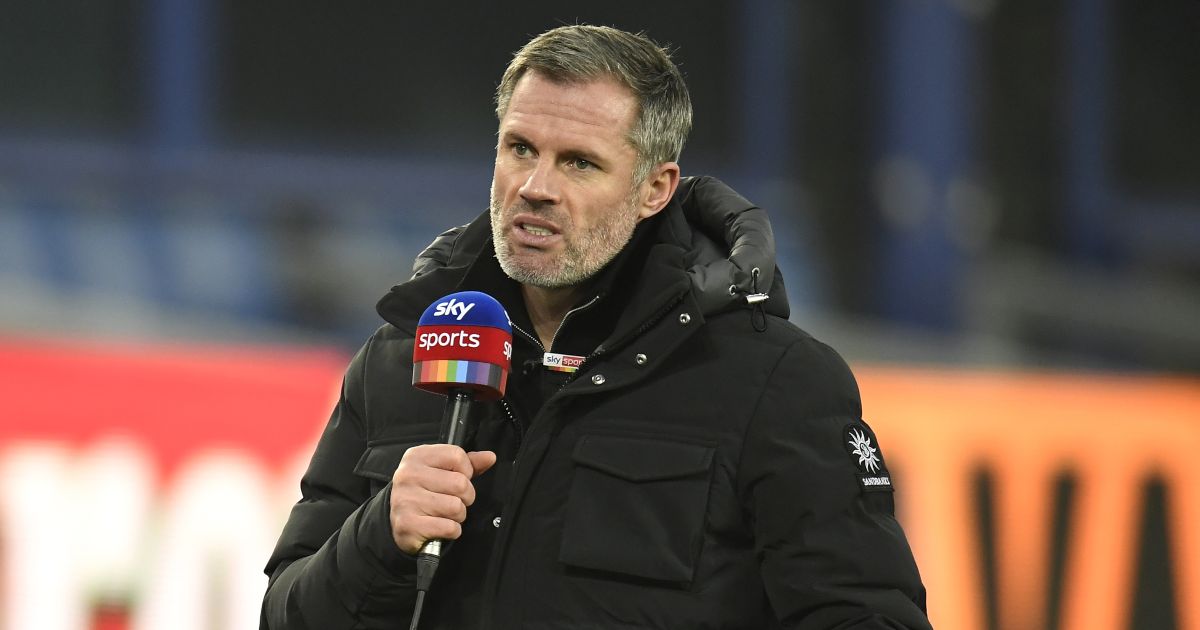 Jamie Carragher thinks Gary Neville and Roy Keane would think Man Utd could win the title if Pep Guardiola or Jurgen Klopp at the helm.

The Red Devils have invested £114m on signing Raphael Varane from Real Madrid and Jadon Sancho from Borussia Dortmund this summer.

Chelsea and Manchester City have spent around £100m each on new additions so far too and Carragher has suggested that the only reason Neville and Keane think Man Utd need to spend more money is because of Ole Gunnar Solskjaer.

Carragher reckons Neville and Keane would be backing Man Utd to win the Premier League title this season if they had Guardiola, Klopp or Thomas Tuchel.

Speaking on Sky Sports’ Monday Night Football, Carragher said: “It seems whenever I listen to Gary or maybe Roy or Manchester United fans, the answer is always ‘go and spend £100m on someone’.

“That’s always the answer every time I’m on the show – go and blitz the transfer market.

“You’re talking about Chelsea buying Lukaku and – all of a sudden – on the back of yesterday and a good start to the season, it’s all about Chelsea going to win the league, it’s going to be them or City.

“If Guardiola, Klopp or Tuchel had #MUFC‘s squad, you’d feel they could win the league.”@Carra23 and @GNev2 discuss Manchester United’s spending under Ole Gunnar Solskjaer and whether he is under pressure to deliver this season…

“Man Utd finished above them last season. They bought Varane and Sancho.

“I don’t get this feeling of Man Utd can’t compete. I feel if Pep Guardiola or Jurgen Klopp or maybe even Thomas Tuchel had Manchester United’s squad, you’d feel they could win the league. I really believe that.

“And you’re comparing Liverpool and Manchester United. And yeah it’s been a similar sort of trajectory, and I think Ole Gunnar Solskjaer has done a really good job, but why don’t you compare it to Man City and Chelsea?

“Liverpool didn’t have the revenues to go for the league and compete right away. There’s no way Thomas Tuchel goes into Chelsea and they are accepting he’ll have three or four years spending that type of money.