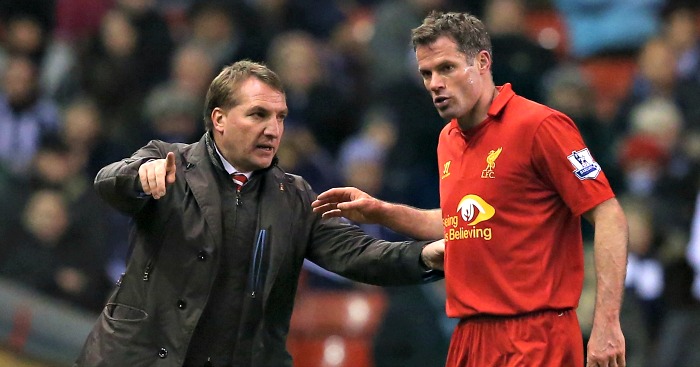 Jamie Carragher has revealed who he believes to be Liverpool’s three worst signings of his time at Anfield.

Speaking to the Daily Mail, Carragher tipped El Hadji Diouf (signed from Lens for £10million), Alberto Aquilani (signed from Roma for £20million), and Mario Balotelli (signed from AC Milan for £16million) as the worst three since he broke into the first team in 1996.

“There’s been a few. El Hadji Diouf has got to be up there,” Carragher replied when asked for his thoughts on poor signings.

“Alberto Aquilani would have to be up there as well. We spent a lot of money on him. He was signed injured, he left injured and I can’t remember him not being injured.

“I can’t believe we signed Mario Balotelli! The thing with Balotelli is everyone always says it’s the off-the-field antics, but I wouldn’t care if he was doing it on the pitch. People tell me he’s got talent but I can’t remember him having a good game.

“I’m praying with all the money in the Chinese Super League that someone is going to buy him after his loan. I don’t think anyone in the Premier League will take him.

Carragher added: “He has to be No 1 with Aquilani and Diouf.”