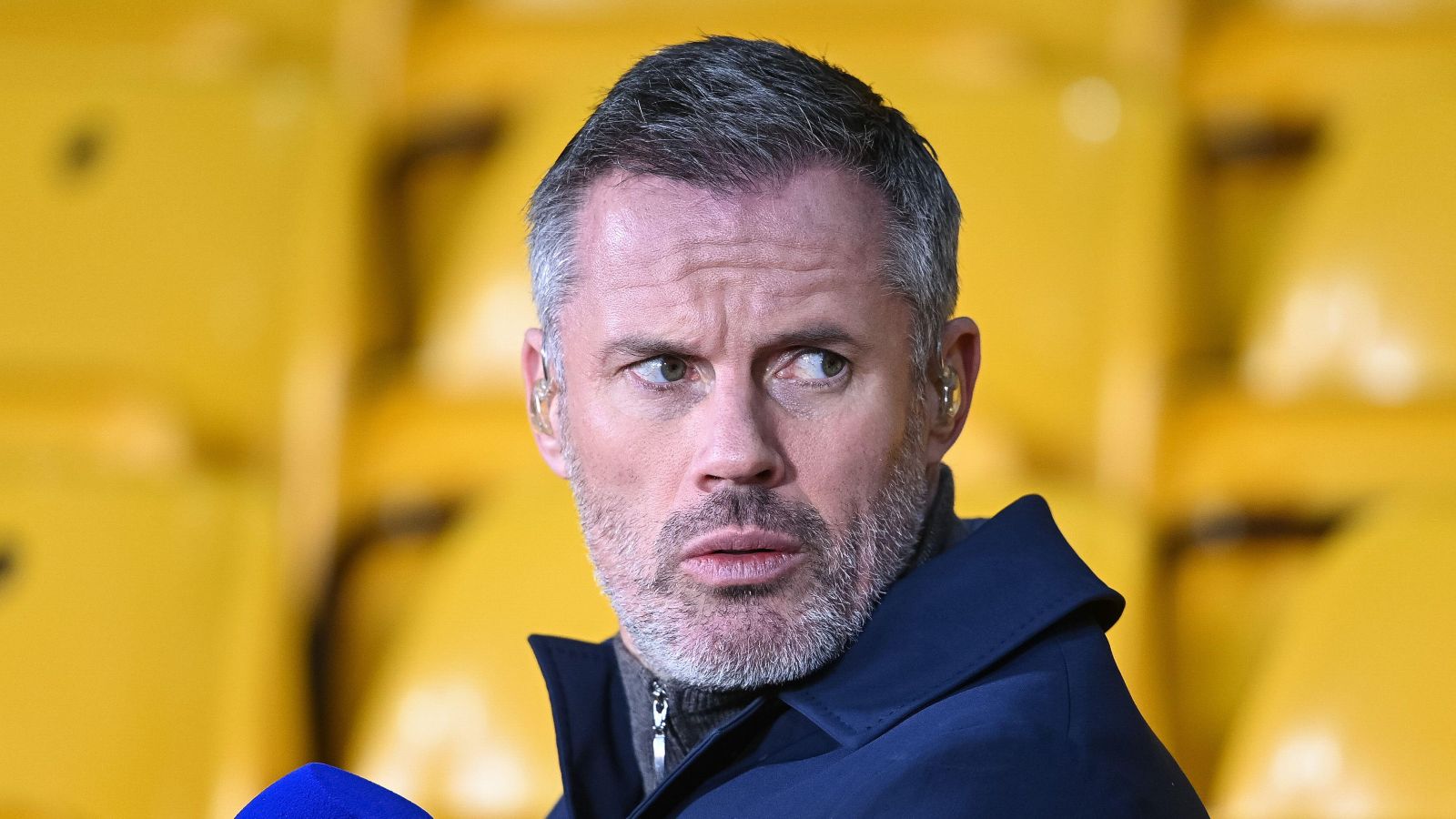 Jamie Carragher has admitted that France are the ‘only team’ who have impressed him more than England at the 2022 World Cup.

France and England breezed through to the quarter-finals on Sunday as they beat Poland and Senegal respectively.

Kylian Mbappe was in fine form for Les Bleus as he netted a brace in the 3-1 victory in the round of 16.

Later in the day, England kept a clean sheet as they knocked African Cup of Nations holders Senegal out of the World Cup. Jordan Henderson, Harry Kane and Phil Foden all netted in the 3-0 victory.

The Three Lions will now face Didier Deschamps’ side in the quarter-finals of the competition next Saturday.

Ahead of this massive game, Carragher suggested that England have done ‘extremely well’ in Qatar.

‘Very impressive again from England. Yes, we have not played a ‘major’ team yet, but who else is doing this to the so-called lesser nations?’ Carragher told The Telegraph.

‘You can only beat what is in front of you, but we are doing it extremely well.

‘There is only one team I have seen that has impressed me more than England in this World Cup. Unfortunately, that team is France.’

The 19-year-old has been one of the best players at the World Cup and he is being linked with a £130m move to Liverpool.

Carragher thinks ‘it is frightening how good Bellingham is’ already.

‘We are watching the career of a freakishly good talent unfolding. It is frightening how good Bellingham is. If you were to build the prototype modern midfielder, he would be it,’ Carragher continued.

‘He has the physique and athleticism of a 27-year-old Gerrard, and has all the attributes you want in a footballer – tackling, passing, assisting and scoring.

‘World Cups can turn great players into superstars. Bellingham’s potential has been recognised for a few years, so his emergence in the England team is no surprise.

‘The level-headedness was apparent when he decided to leave English football for Germany – a brave move when he was only 17. To have captained the second biggest Bundesliga side, Borussia Dortmund, aged 19 further showed maturity beyond his years.’

He added: ‘After Italia ’90, Gazza became the most important player in the England squad. Owen was the same after his goal against Argentina, the striker everyone hoped would fire the “Golden Generation” to glory.

‘Rooney had the capacity to propel England forward from the moment he made his debut as a teenager.

‘Now the same is true of Bellingham. Whatever happens against France, or beyond if England get through, his performances have defined those of Southgate’s team.

‘It will not just be England supporters purring at the prospect of seeing where his career takes him.

‘Bellingham is not only an England superstar now. He is three more wins from becoming a World Cup legend.’