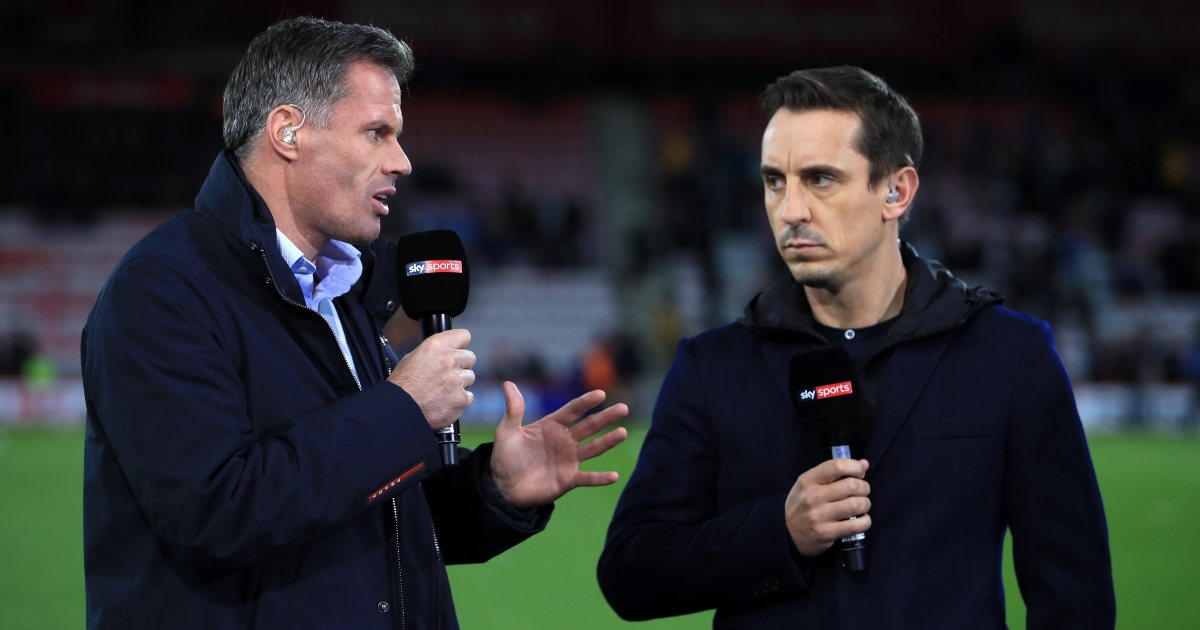 Jamie Carragher and Gary Neville have agreed that Eddie Howe must use the Newcastle fan’s support to help them in their relegation battle.

Howe secured his, and Newcastle’s, first win last week with a 1-0 triumph over Burnley. The result lifted them off the foot of the Premier League table.

The likes of Norwich, Burnley, Leeds, Watford and Southampton are all in around Newcastle at the bottom of the table as they head into the busy festive period.

However, punditry duo Carragher and Neville believe Howe has a big advantage that he must use; the fans.

Speaking on Sky Sports before Brentford’s 2-1 win over Watford on Friday night, when asked how important the fans will be, Carragher said: “Massively, Eddie mentions that, and he has to tap into that. The situation Newcastle find themselves in, it’s going to be really difficult for them.

“That is one big thing that Newcastle have, the passion, the energy from the supporters. Not that here (Brentford) don’t have that, but it’s a massive stadium, we know how they feel about their team and football up there and he has to tap into that because the team aren’t good enough on their own to stay up. I think it’s really clever management from Eddie Howe.”

Neville added: “When you think of the recent history up there, when Steve Bruce wasn’t popular with the fanbase, neither was the owner.

“Now they’ve changed ownership, they’ve changed manager. It is a new start and he has to tap into that as it’s really important. You can’t rely too much on the money that’s going to come in January and the signings that are going to be made.

“The main concern they’ll have is getting cut adrift, games like this tonight are going to be factor. They have to make sure they’re in there in January, in a position to really kick off in the second half of the season where Eddie can maybe get a few players in.”

Newcastle take on Leicester on Sunday afternoon as they look to make it back-to-back Premier League wins against Brendan Rodgers’ side.