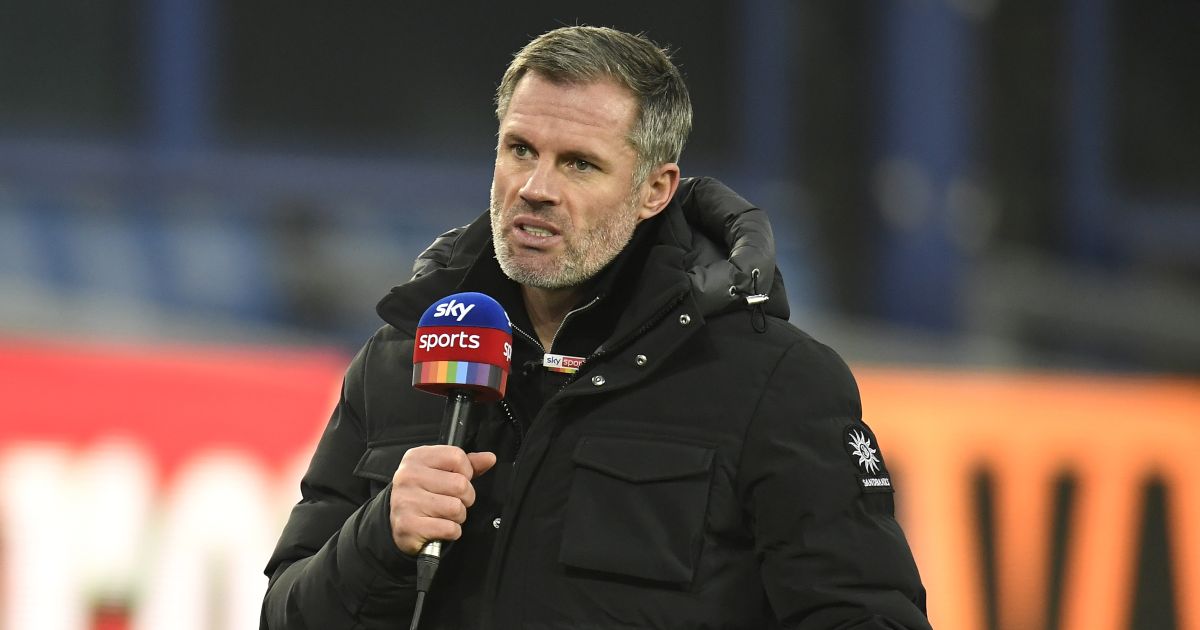 Jamie Carragher has called on Arsenal to sell Granit Xhaka after the Swiss midfielder was sent off in their 0-0 draw with Liverpool on Thursday night.

After Xhaka’s second red card in just 13 appearances this season the Gunners were forced to play for 71 minutes with 10 men at Anfield in the first leg of their Carabao Cup semi-final but their organised 5-3-1 formation was enough to comfortably keep their opponents at bay.

But with Xhaka now suspended, Cedric Soares and Bukayo Saka injury doubts after limping off, four other players injured or out with Covid and four at the African Nations Cup, Arteta could be without 11 players for the trip to Tottenham at the weekend.

No Premier League player has been sent off as much as Xhaka since the Switzerland international made his debut in the 2016/17 campaign.

And Carragher thinks it “happens too much” and the Gunners should look at replacing him in the summer transfer window.

“The thing with Xhaka is we’ve said before the game that every manager picks him, he is a good character, a good trainer, a good lad, he is a good player, we’ve seen that in a Switzerland shirt and at times in an Arsenal shirt as well,” Carragher said on Sky Sports.

“But he is a liability in terms of that tonight. We can talk about how great Arsenal were, they were fantastic but more often than not you go down to ten men at Anfield you don’t just lose the game, you’ll be out the competition.

“Really, Liverpool in a situation like that should be looking to win the game two or three nil. That comes down to Arsenal having ten men and it happens too often.

“He’s the one letting the young players down. That is a player which they HAVE to move on”@Carra23 gives his verdict on Granit Xhaka at Arsenal pic.twitter.com/zJXxTTT9ag

“We spoke about how well Arsenal played against Manchester City but that was Xhaka again and it just happens too much now.

“He’s not even a young lad where you think ok he’ll learn with experience, he’s one of your experienced guys.

“That’s the one thing that keeps stopping Arsenal making that next step right now because I’m so impressed with Mikel Arteta and his young team this season.

“These experienced players in that team, he’s the one letting the young players down, it’s normally the other way round.

“That is a massive problem for Arsenal going forward because he’s never going to change now. He’s played nearly 250 games for Arsenal. That is position and a player they have to move on.”