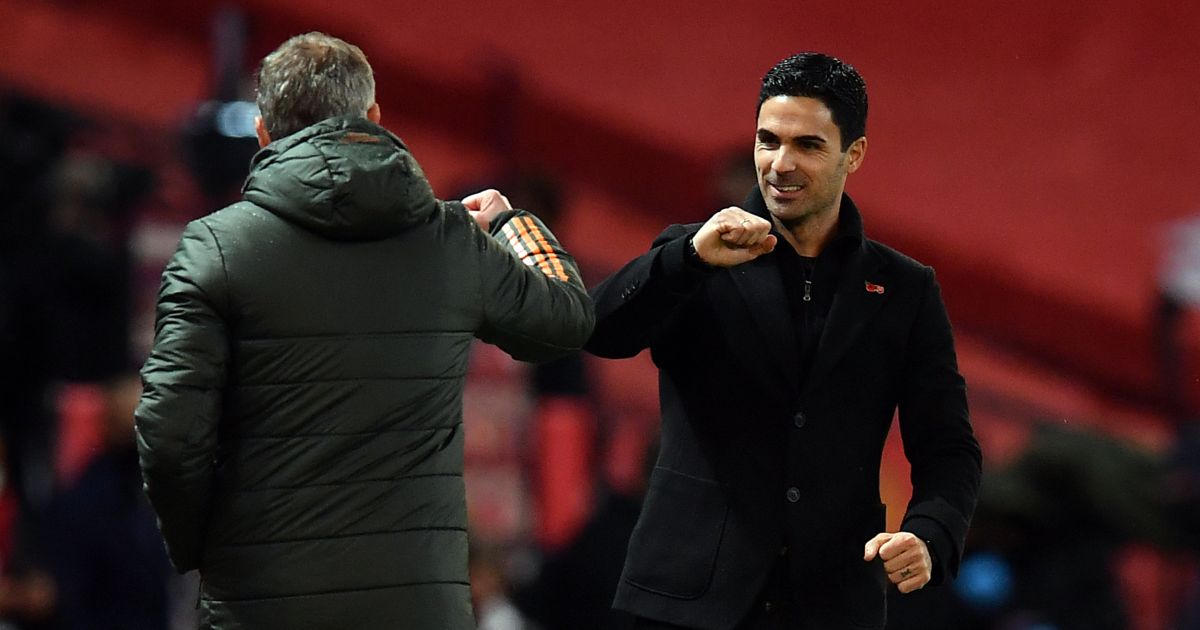 Jamie Carragher doesn’t think Arsenal boss Mikel Arteta should be included in a group of ex-players “struggling to prove he is an elite coach”.

The Gunners come out of the international break fifth in the table after embarking on an impressive eight-match unbeaten league run following the 5-0 thrashing at Manchester City in August.

And Carragher claims he has never seen Arteta as similar to the likes of Frank Lampard and Ole Gunnar Solskjaer, who have struggled as managers of their former clubs.

Carragher wrote in the Daily Telegraph: “There will be those who will argue Arteta should be included in the group alongside Lampard, [Andrea] Pirlo and [Ole Gunnar] Solskjaer as a notable ex-player struggling to prove he is an elite coach at the club he played for.

“There have been occasions when he has seemed under intense pressure and a couple of games from losing the faith, if not of his board, certainly the Arsenal fans.

“To me, when Arteta was offered the Arsenal job his connection to the club was secondary to him being mentored by Guardiola at Manchester City.

“First and foremost, he is seen as a modern coach who understands how the game is evolving rather than someone steeped in the Arsenal tradition.

“That is more important than any emotional attachment to a former player because Arteta is constantly being judged solely on the quality of his work as opposed to Solskjaer who – and I mean this with the greatest respect – has been given more time than others would have been given results and performances because he is loved so much by the supporters.”

The latter even struck his first England goal, after his recent fine form at Arsenal was rewarded with a full senior debut for the Three Lions, with Bukayo Saka also finding the net.

Smith-Rowe earned the praises of his manager, with Arteta hailing the three England call-ups “exciting” in a Friday press conference.

“First of all, I was surprised (about Smith-Rowe’s call-up) because it happened just after the game but I was extremely happy for him, I know the expectation that he had a lot of talk around it,” Arteta said.

“He really enjoyed it, I saw him yesterday, he was delighted to score a goal for the country is always something special and he made us proud, not only something for him but for Bukayo and Aaron starting for the national team I think it’s really exciting for the club.”