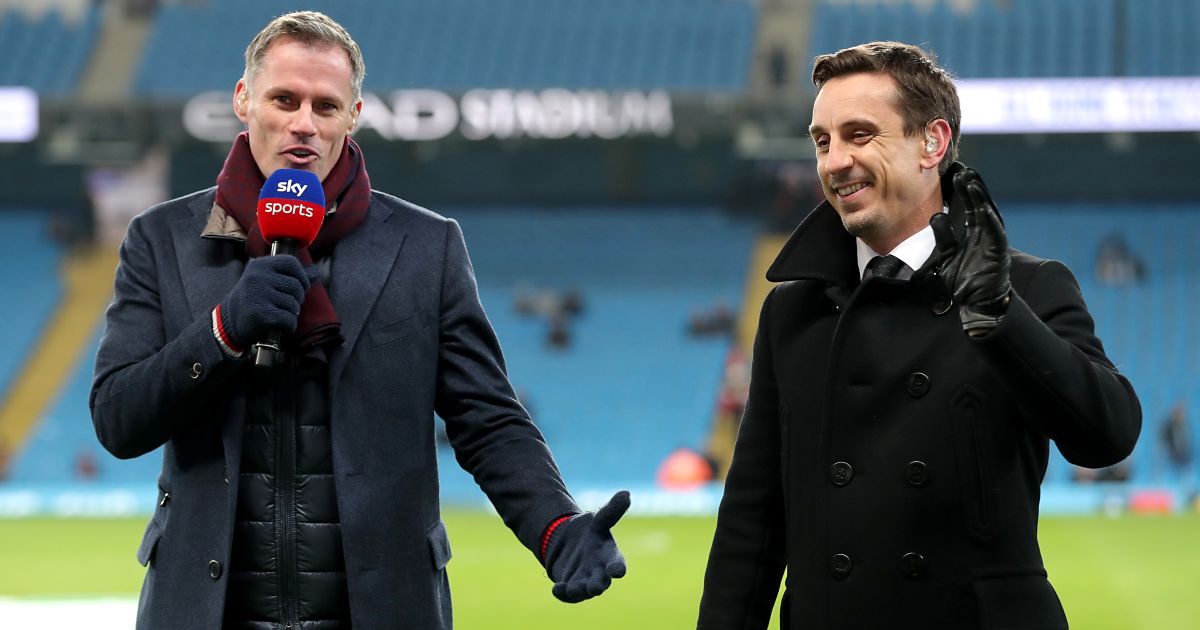 Jamie Carragher has accused Trent Alexander-Arnold of acting like “defending is not his job” after Liverpool lost 3-1 to Real Madrid in their Champions League quarter-final first leg.

Alexander-Arnold’s poor performance comes in the wake of Carragher’s argument with fellow Monday Night Football pundit Gary Neville over whether the Reds defender should go to the Euros, despite both of them picking him in their mock squads.

Liverpool had a poor night against Real Madrid with Alexander-Arnold making a couple of mistakes as Jurgen Klopp’s men found themselves 2-0 down at the interval.

The Reds were improved after the break, but the damage had already been done, as they now look to overturn a two-goal deficit when they face Real at Anfield next Wednesday.

Carragher had defended Alexander-Arnold after he was left out of the England squad by Gareth Southgate – but he didn’t hold back when examining the defender’s part in their second goal against Real.

When analysing the goal with fellow presenter Alex Scott, Carragher told CBS Sports: “He’s in position, he is one v one defending. He comes out (to close down the attacker) and there’s no bend in the leg.

After their brilliant debate on Sky Sports on Monday, Neville was shocked at Carragher’s U-turn and had a light-hearted dig at his former England team-mate.

Neville wrote on Twitter: “Hi Sky Sports, can we sign this analyst up with the Liverpool accent . He’s better than the one I work with.”

Hey @skysports can we sign this analyst up with the Liverpool accent . He’s better than the one I work with 😜 https://t.co/BWm3slBpmQ