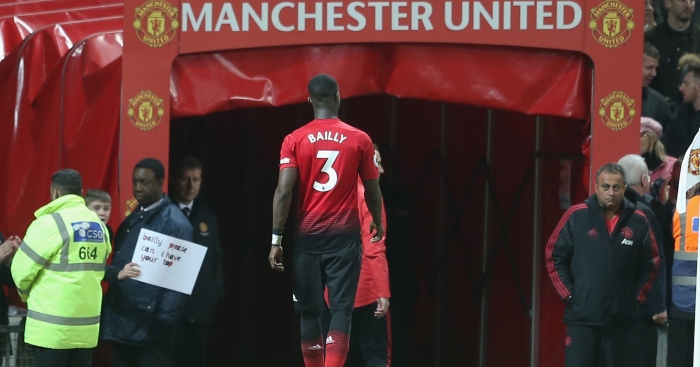 Bailly was dismissed with 11 minutes remaining at Old Trafford following a reckless lunge on Ryan Fraser while United were cruising to victory.

Ole Gunnar Solskjaer had no complaints over the red card: “Eric won’t complain either,” said the caretaker boss. “He knows he’s mistimed that one. It’s a rash tackle.”

Bailly will be suspended for Premier League trips to Newcastle and Tottenham as well as the FA Cup tie with Reading on Saturday.

You err. You reflect. You learn. You grow. 🙏🏾
Happy the team ended the year with another win. pic.twitter.com/DSkDEiJKB2

“I mean what’s he thinking? They’re winning the game 4-1, it’s on the halfway line,” Carragher said.

“When you go flying in like that, we now know when a player is out of control, endangering an opponent, you go to ground, every chance you’re going to be shown a red card.

“Absolutely brainless that from Bailly, considering the time of the game, the score.

“It’s not today, the game’s won. It’s more going forward and the games he will miss.”