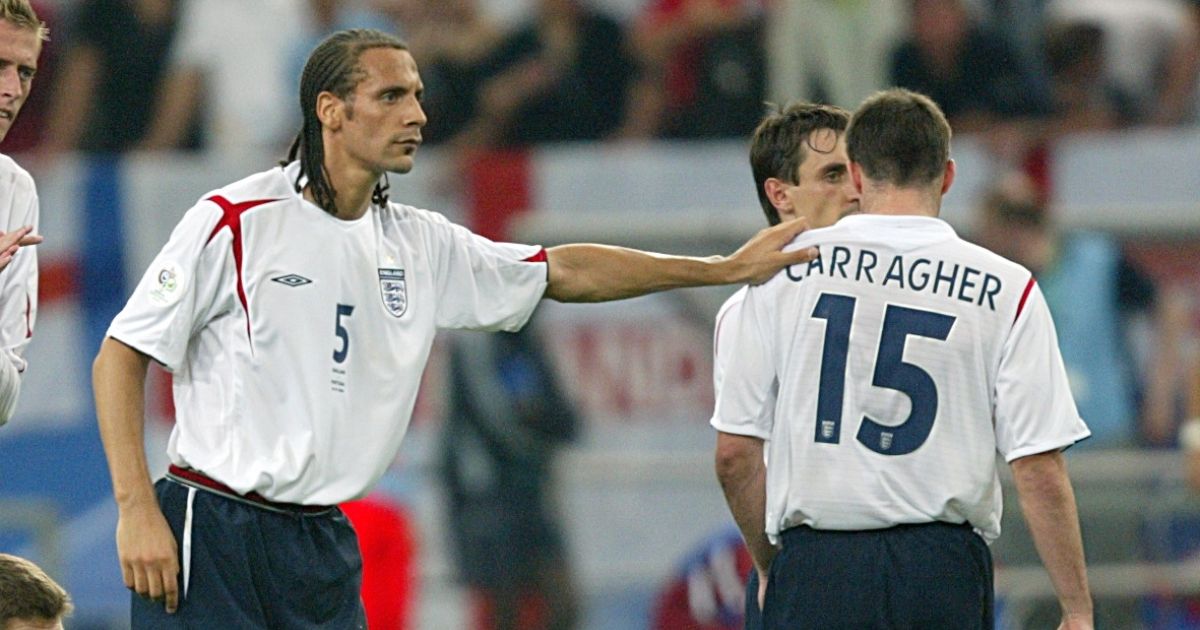 Jamie Carragher has hit back at Rio Ferdinand after the ex-Manchester United player claimed that the former Liverpool defender “shouldn’t really be talking about winning leagues”.

Carragher was involved in furious debate with Roy Keane in the aftermath of United’s 1-1 draw with Chelsea in which Cristiano Ronaldo was left out of the starting XI.

Keane was baffled as to why Man United caretaker boss Michael Carrick had left the striker out but former Liverpool centre-back Carragher riled the ex-Republic of Ireland midfielder by insisting he could understand it.

Man Utd boss Rangnick is the new Wenger, Carra vs Keane and…

The discussion developed into an argument about whether Man Utd had brought Ronaldo in to win the Premier League or just cups, with Keane suggesting the latter.

“What was the point in signing him then?! He’s [nearly] 37!” Carragher said to Keane on Sky Sports.

“You finish second and sign Ronaldo at 36 you’re not going to win the League in four years. If you sign someone at 36 it’s to win right now.”

Things got VERY heated between @Carra23 and Roy Keane as they discussed Cristiano Ronaldo’s role at Man Utd 🤬pic.twitter.com/uMBi3jSSvO

Carragher never won a Premier League title in his career at Liverpool and Ferdinand wrote on Twitter that the Anfield legend wasn’t qualified to talk about titles.

On his latest Vibe with Five YouTube video, Ferdinand took it a step further, he said: “Carra shouldn’t really be talking about winning leagues – he’s never done it,” Ferdinand said.

“He doesn’t know what it means, he doesn’t know how to do it, he’s never navigated a team through it to that point to win a league.

“So I find it very difficult when he speaks with such conviction about winning leagues.

“He should stick to cup competitions. The moment he talks about leagues, I just mute it.”

But Carragher hit back on Twitter, he wrote: “Not talking titles but the deal for Ronaldo to Man Utd which you arranged. No PL for me but Sky like my opinions! No trophies in your career without AF (Sir Alex Ferguson) & when you stopped winning PL at MU you tried to move to Chelsea so please stop giving it the big MU fan one! #olesatthewheel.”

😂😂😂 calm down… It’s all love. Just wanted a nibble. U coming on the show next Monday @Carra23?! https://t.co/jzd7h4M4Gn pic.twitter.com/hZtuTvmhzA