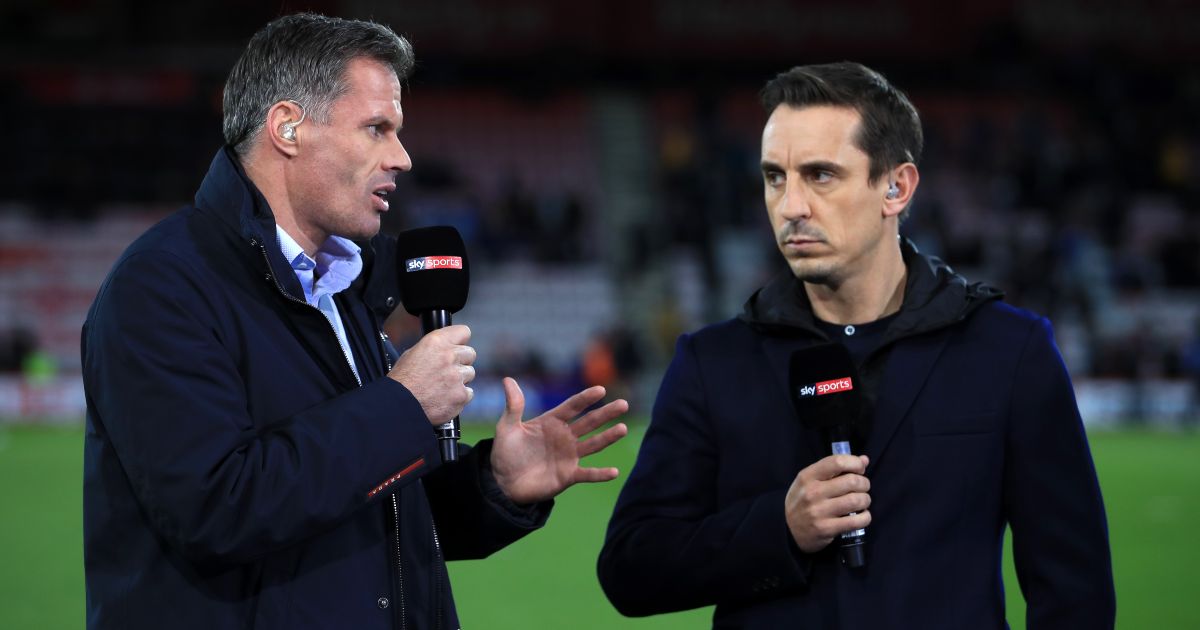 The Red Devils signed Jadon Sancho, Raphael Varane and Cristiano Ronaldo in the summer transfer market as they looked to bring in players to challenge for trophies this season.

Man Utd are only two points adrift of leaders Chelsea after seven Premier League matches but their performances have told a different story this season.

Solskjaer’s side have not impressed supporters with their displays and they have now only won two matches of their last six in all competitions.

But former Liverpool defender Carragher reckons Keane and Neville – who played with Solskjaer in their playing days at Old Trafford – defend their performances too much.

Carragher, who works with the pair on Sky Sports, called out fellow pundits Keane and Neville when asked what annoys him.

“I did a newspaper column on it – I was with Gary Neville a few days before and we did this YouTube chat about the season with Roy Keane.

“The two of them just make occasions for Ole because they played with him and he’s their mate.

“I’m sitting there thinking, ‘you’ve just signed a player that’s won the Champions League four times, you’ve just spent 75 million on a winger. You finished second last season, you didn’t lose a game away from home all season’, and I’m like…’there’s only one step to go!’.

“Honestly, it wound me up so much. I went, ‘that is it. I’m doing my newspaper column on it’.

“The excuses have got to stop at Manchester United, I’m sick of it. Every player is over 50 million, it’s unbelievable.”