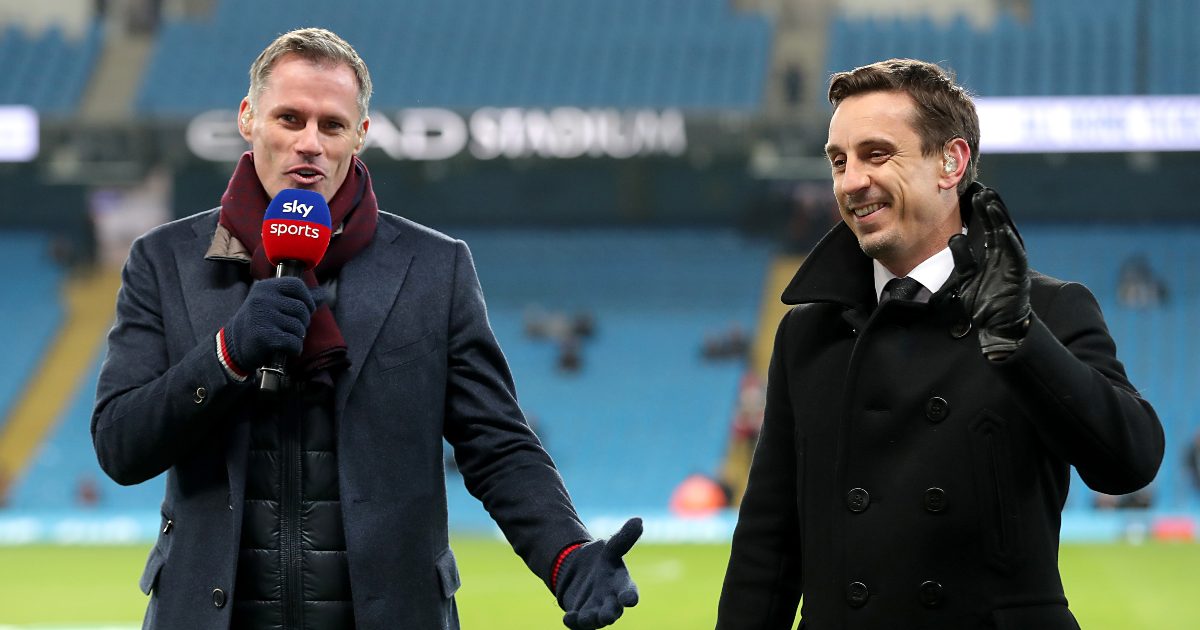 Jamie Carragher has suggested that former Liverpool striker Luis Suarez was “the best centre forward in the world” for a few years.

Liverpool spent a fee of around £22m to sign Suarez in 2011. He spent three and a half years in the Premier League.

In that time, he scored 69 goals from his 110 outings in the English top flight.

His form for Liverpool tempted Barcelona to sign him for a fee in the region of £65m in 2014.

Suarez continued to be one of the world’s best strikers for the Spanish giants. He scored at least 20 goals in each of his seven seasons at the club.

The 34-year-old helped Atletico Madrid win the La Liga title last term. Carragher has appeared on Gary Neville‘s YouTube channel, The Overlap. He was asked if he preferred Suarez or Fernando Torres.

The Liverpool legend picked Suarez and he claimed that the Uraguay international was the “best centre forward in the world” for several years:

“Suarez, oh Suarez. Unbelievable. I actually think he was the best centre forward in the world for three or four years. That last year at Liverpool and what he did at Barcelona for the next two or three years.

‘You look at what he’s done. He then leaves Barcelona and wins La Liga with Atletico Madrid. Everywhere he goes he takes that team [forward].

“That Liverpool team that nearly won the league was an average team. He nearly single-handedly took them to the league, that’s what he does with every team he goes to.”

Neville later asked Carragher who his favourite manager at Liverpool was. He struggled to pick between Rafa Benitez and Gerard Houllier:

“I can never answer this one. Rafa Benitez was a better football manager but Houllier was almost a better man-manager,” Carragher continued.

“I played my best football under Benitez, I played at centre back and I won more so I’d probably just edge for Benitez because of what we achieved and me personally in terms of playing centre-back.

“With Benitez, it’s almost like don’t enjoy it… well, you do enjoy it, we did amazing things. He’s a Capello-type figure. He’d always want more. He’d never say to you, ‘you played well there’.

“I always remember after the World Cup in 2006, we’d got to the FA Cup final, we’d started the season early because we’d won the Champions League, and I was shot at the start of the next season.

“I didn’t start the season well and I was getting a bit of criticism, and rightly so. Rafa just needed to go, ‘you’ve been amazing for years, don’t worry about it, it’ll be alright in a couple of weeks’, and it was still like, ‘you should have done that’.”