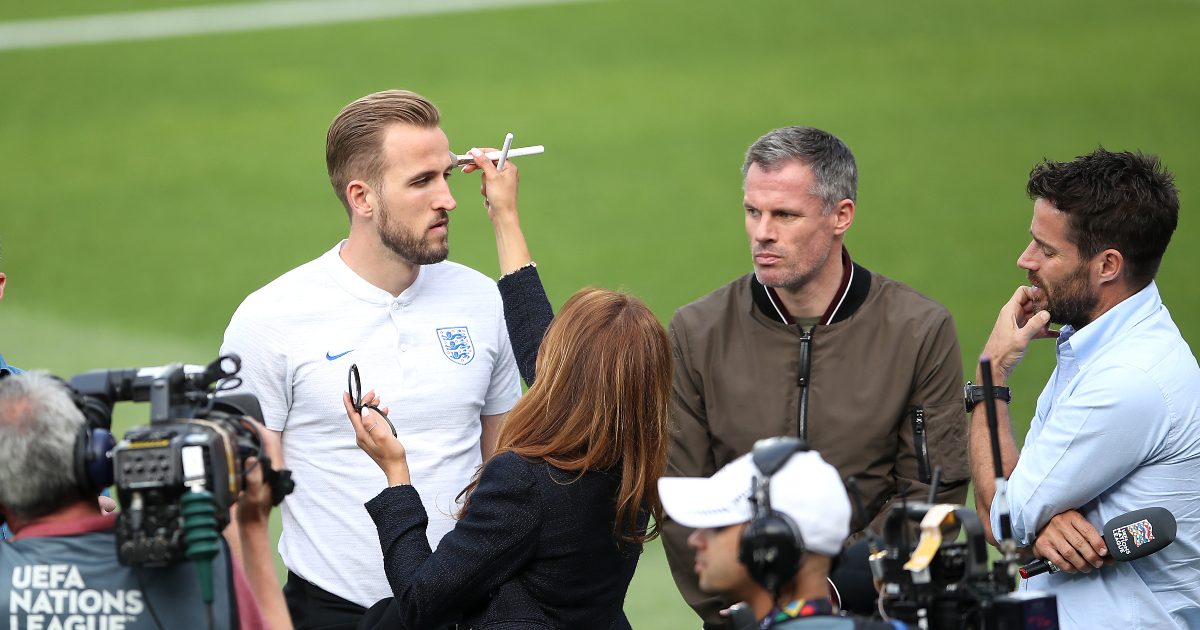 Sterling was one of England’s standout players at this year’s European Championships. He scored three goals as Gareth Southgate’s men reached the final.

The forward has been in and out of the Manchester City team this season and he has been linked with a move to Barcelona.

Sterling has only started nine games in the Premier League this season but he has scored five times.

Kane meanwhile has only netted twice in the league from his 14 outings. His second came against Liverpool on Sunday afternoon.

As quoted by Manchester Evening News, Carragher has suggested that Sterling is now “England’s best attacker”:

“There’s only Messi and Aguero that have scored more goals for Pep Guardiola than Raheem Sterling.

“That shows one, the goal record, and also he doesn’t get injured, that’s what I love about him.

“For me, he’s England’s best attacker right now. He moved a level above Kane in terms of what he did in the summer. I thought he was absolutely outstanding.

“I go back to it, it’s not a criticism of Jack Grealish, I just don’t understand why Manchester City paid that money for him when they had Raheem Sterling.

“There was talk of him last season not being at his best but he had three or four seasons of getting 20, 31 goals in one season as well, I think he’s one of the best attacking players in the Premier League.”

Sterling got on the scoresheet as Man City beat Newcastle 4-0 on Sunday. After the game, Pep Guardiola acknowledged that his side were “lucky”:

“It was a fantastic goal (from Cancelo). We know the quality he has in the final third and he dribbled and did it.