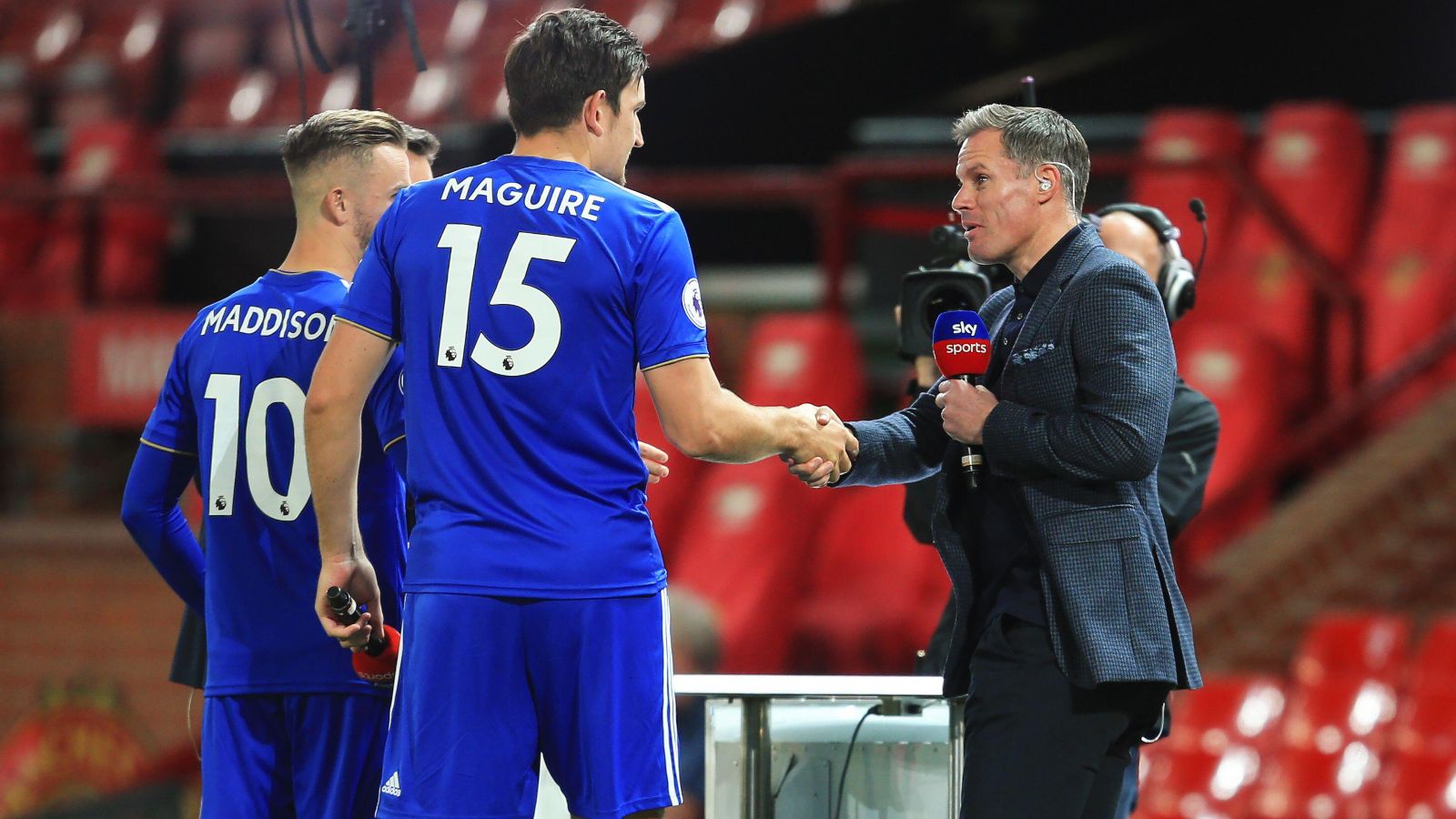 Liverpool legend Jamie Carragher reckons it is “too late” for Harry Maguire to save his career at Manchester United.

The England international started the first two Premier League matches of the season, both losses, before Erik ten Hag decided to drop him to the bench for their four subsequent league fixtures.

Machester United have won all four of those games with Maguire only brought back into the starting line-up for another loss against Real Sociedad in the Europa League.

Harry Maguire and the invisible line between loyalty and bloody-mindedness

And there is a chance that he goes the rest of the season on the bench at United with Carragher advising him to make it his last campaign at Old Trafford.

Writing his column for the Daily Telegraph, Carragher asked: “My question to Maguire is this: ‘Do you still have that same fury in you?’

‘”I think it is too late at club level. I wrote last year he was fighting for his Manchester United career.

“He needs this to be his final season at Old Trafford and start afresh.

“Now it is England’s problem. When I watched Maguire in the last two games, I felt sorry for him. But that is not a good look for any sports person.

“Sympathy will not get him back where he was two years ago.”

Maguire has also received abuse and criticism on social media for his performances for England in their two Nations League matches against Italy and Germany.

Carragher added: “He should be angry that he has gone from England’s best defender at the 2018 World Cup and 2020 Euros, where he was named in the team of the tournament, to being presented as a laughing stock.

“He should be angry that he has gone from a player England fans saw as ‘one of their own’ when singing his name incessantly during internationals to someone who some supporters think it justified to boo whenever his name is announced in the stadium.

“He should be angry that he finds himself fighting to justify his place in England’s World Cup squad on the back of being left in limbo at Manchester United.

“And he should also be angry when looking at himself and asking ‘how have I allowed it to come to this’ when not so long ago he would have been alongside Harry Kane as one of the first names on Gareth Southgate’s team sheet.

“No-one deserves the kind of mockery coming Maguire’s way. Some of the criticism towards him is that which you would expect directed at bad apples – poor characters who undermine their clubs or teams. Maguire is not that.

“But strong reactions are inevitable when you become an £80 million player. That fee was at least £30 million more than Maguire’s value when he moved from Leicester City – guaranteeing a circus whenever standards are not met.”