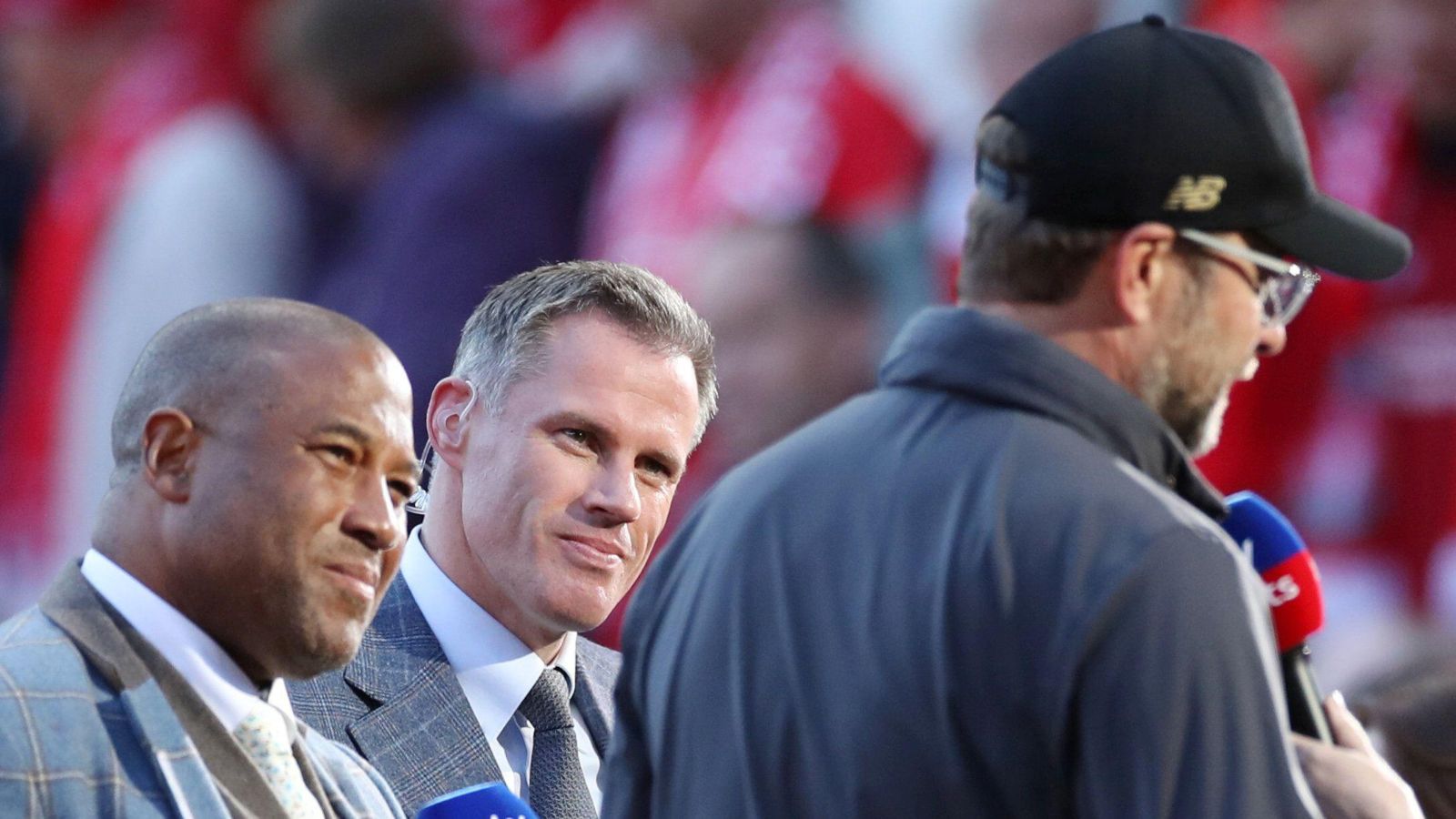 Jamie Carragher thinks Jurgen Klopp may need to attempt a Liverpool “rebuild” a bit “sooner than anticipated” but has dismissed comparisons to the German’s time at Borussia Dortmund.

There is speculation going around on social media that Klopp might be about to suffer a ‘seven season curse’ after things turned sour during his seventh season at both Mainz and Dortmund.

Liverpool have made a bit of a shaky start to his seventh full season at Anfield with his side picking up nine points from their first six Premier League matches before losing to Napoli in the Champions League last week.

There have been a few quiet calls for Liverpool to consider Klopp’s future at the club but Carragher thinks that is “ridiculous” and reckons the whole seventh-season syndrome is just a coincidence.

Carragher wrote in his Daily Telegraph column: “Klopp is approaching the seventh anniversary of his appointment as Liverpool manager so there is an easy comparison with the final months at Dortmund. There is also a critical difference.

“While in Germany there was mutual sense it was time for a new adventure, there is no such feeling in Liverpool. Klopp will be Liverpool’s manager for the next four years. That is why he signed his new deal last season.

“For all his success, there is no elite manager who has been so accomplished at picking himself off the floor after the lowest moments and there is no coach more qualified to reverse Liverpool’s poor form.

“A rebuild may be upon Klopp sooner than anticipated. Nothing in his demeanour suggests he lacks the appetite for the challenge.

“While Klopp is in charge Liverpool will never be like Chelsea, or other clubs who see no prospect of a coach reversing a slide.

“The same applies to all the players he has brought to Anfield. Thiago Alcantara aside, none of those considered club legends today – Virgil van Dijk, Mohamed Salah and Alisson Becker – had won anything before Klopp signed them. The club’s restoration to being one of Europe’s elite is down to him.”

Carragher added: “After the defeat in Napoli, Klopp spoke about a Liverpool ‘reinvention’. To me, it begins with a Liverpool rewind.

“Seven years ago this October Klopp took over during the first international break of the Premier League season. In his first game, away at Tottenham Hotspur, an imbalanced team with many players who would not survive the rebuilding process, outran a superior opponent and secured a goalless draw.

“This was an immediate hint of what was to come. The Liverpool that would later win the Champions League and Premier League – dominant in possession as well as the best in the world at retrieving it – was still a few years away.

“But the basic principles were there from match one, Klopp turning to those players who offered energy, physicality and tactical discipline. Everything began with his re-organisation in those first few training sessions, Liverpool sprinting back into position to become a horrible team to play against.

“That energy has been sorely missing as Liverpool have become easy to play this season. Every Liverpool opponent has outrun them in their seven games so far. That is more worrying than the results.”