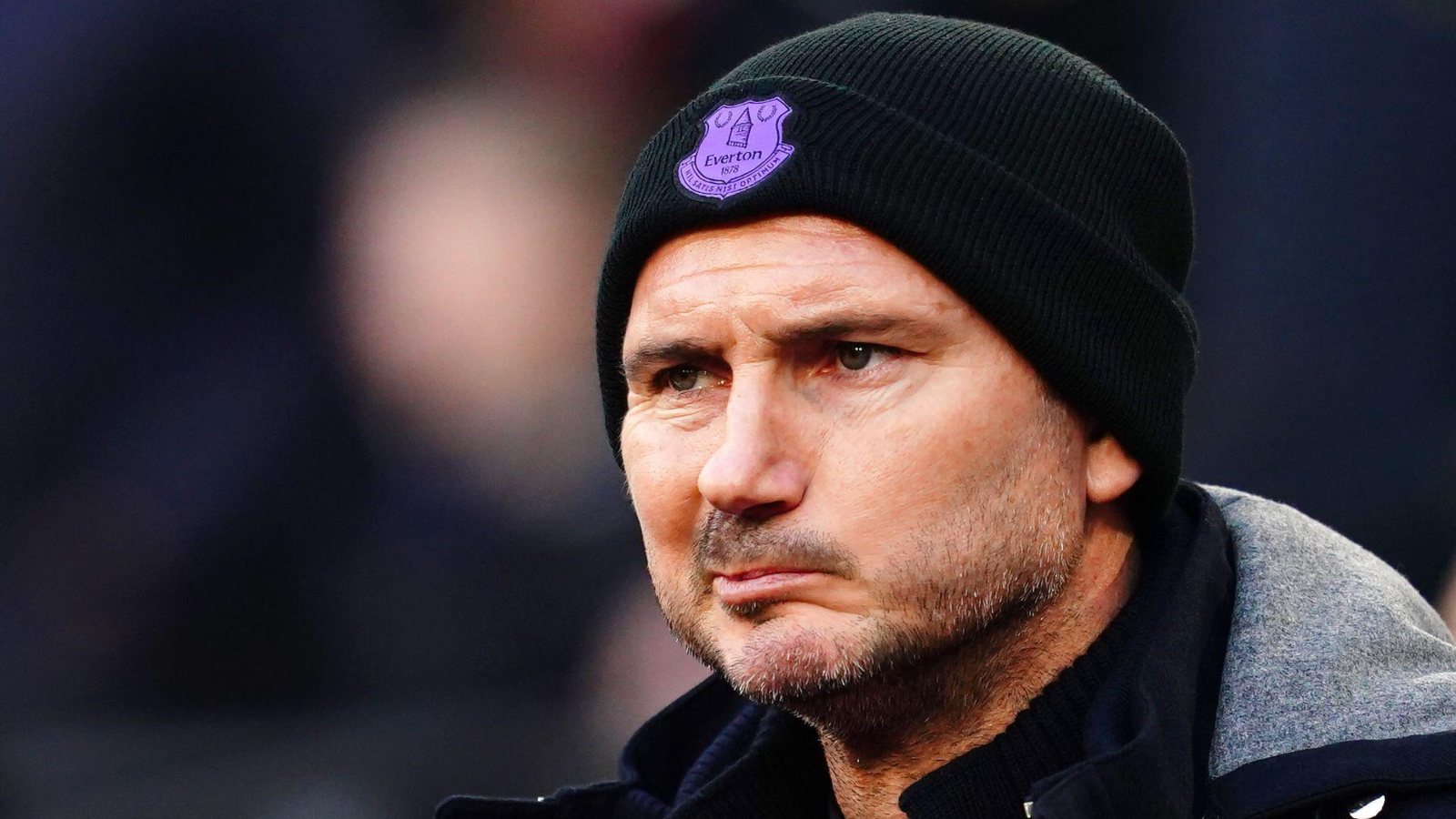 Jamie Carragher thinks Everton made the “right decision” to sack Frank Lampard and insists the Chelsea legend can’t “have too many complaints”.

The former Derby County boss was sacked on Monday after less than a year in charge at Goodison Park with their 2-0 loss to West Ham at the weekend proving to be the final straw for the Everton hierarchy.

Lampard won nine and lost 21 of his 38 Premier League matches in charge with Everton facing a relegation battle this season after a run of nine defeats in 12 games.

And Carragher thinks a lot of Lampard’s signings were poor and that the former England international can’t really argue with his sacking as Everton manager.

“And with Everton bottom of the league with Southampton at the moment, I don’t think Frank can have too many complaints. But, of course, there’s things going on behind the scenes and that’s why the Everton fans are very frustrated more with off-the-field stuff than on the field.

“He (Lampard) hasn’t spent a lot of money. They lost Richarlison, who was their best player last season. They’ve tried to replace him, [it was] always going to be difficult to. But when you look at the attacking players who he’s brought in…

“Almost on his first day, he brought Dele Alli in and Donny van de Beek (on loan) from Manchester United. They didn’t work, weren’t really a success, but this season, they brought (Neal) Maupay in because of the injuries to (Dominic) Calvert-Lewin.

“Dwight McNeil came in from Burnley. Again, not huge fees – £20m for Dwight McNeil, £15m for Maupay – but they haven’t done anything, nothing at all. The defensive players they’ve brought in have done OK, in terms of (James) Tarkowski and Conor Coady.

“But, in terms of the attacking players he has brought in, they’ve not done anywhere near enough.”

Fellow pundit Gary Neville added: “[There is] a tinge of sadness I suppose on the English managers side of things – only now three in the league currently with Frank going and Steven Gerrard going, but we always knew Saturday was a high-stakes game.