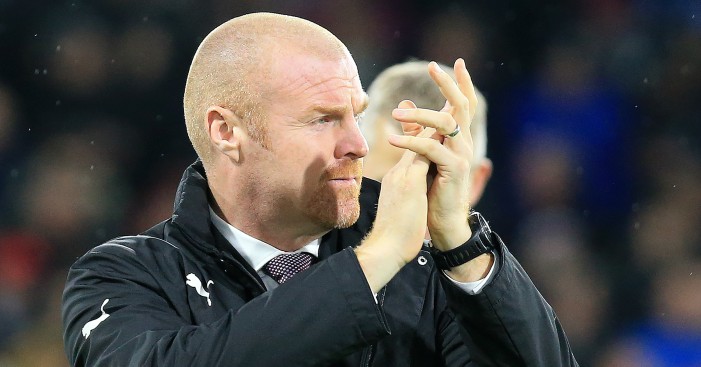 Jamie Carragher says that Burnley boss Sean Dyche has to take any job offer from Everton because this time next year he might be in the relegation zone.

Dyche is now the odds-on favourite for the Everton job after leading Burnley into seventh on Monday night with a 1-0 win over Newcastle.

Realistically, Dyche is not going to be handed a top-six job so the opportunity to manage Everton cannot be turned down.

“If he has been, or gets offered the Everton job, he has to take it,” said Carragher on Sky Sports. “He has to. Maybe Burnley fans watching this tonight don’t want to hear that, but he has to.

“Sean Dyche won’t go to a team in the Champions League in this country. Everton are the next step.

“One thing you must remember is that for a long time Sean Dyche and Eddie Howe have been the two up-and-coming English managers in the Premier League.

“Eddie Howe hasn’t been mentioned once for this job; he finished ninth last season with Bournemouth.

“But because they’re struggling this season, he hasn’t been mentioned, because it’s all about timing.

“When the iron is hot I think you’ve got to strike, and you want to get to the top. The next step for him would be an Everton.”