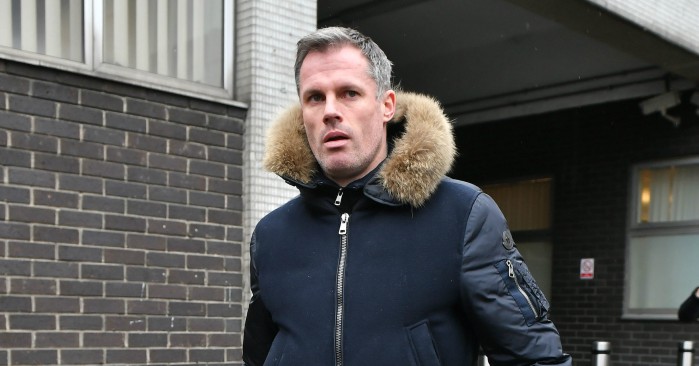 Jamie Carragher has again opened up over an incident that saw him spit at a Manchester United fan and his 14-year-old daughter.

In a video of the event, that happened in March, the teenage girl’s father repeatedly mentioned the score in the match between Manchester United and Liverpool last season and Carragher is heard to say, “Alright”, before appearing to spit at the car alongside his.

Sky Sports suspended the former Liverpool defender from his punditry role until the end of the season following the incident, which he apologised for at the time.

When questioned by Lucy Meacock for ITV News about how he lives in the limelight with ‘very intrusive’ social media, Carragher said: “Yeah, well listen I’m well aware of that now.

“The mistake I made, huge mistake and I apologised at the time, but that’s the world that we live in you know with social media now.

“I suppose things are in the forefront so much more, they get so much more publicity because of the world we live in as I’ve said.”

When asked how much of an impact it had on him and his family, Carragher replied: “It was big, but listen I’m not going to sit here and want sympathy of anything.

“I made a mistake, I shouldn’t have done what I did. It was tough at the time for me and my family but it was also tough for the people that were involved in it as well.

“I just snapped on the way home from the game.”