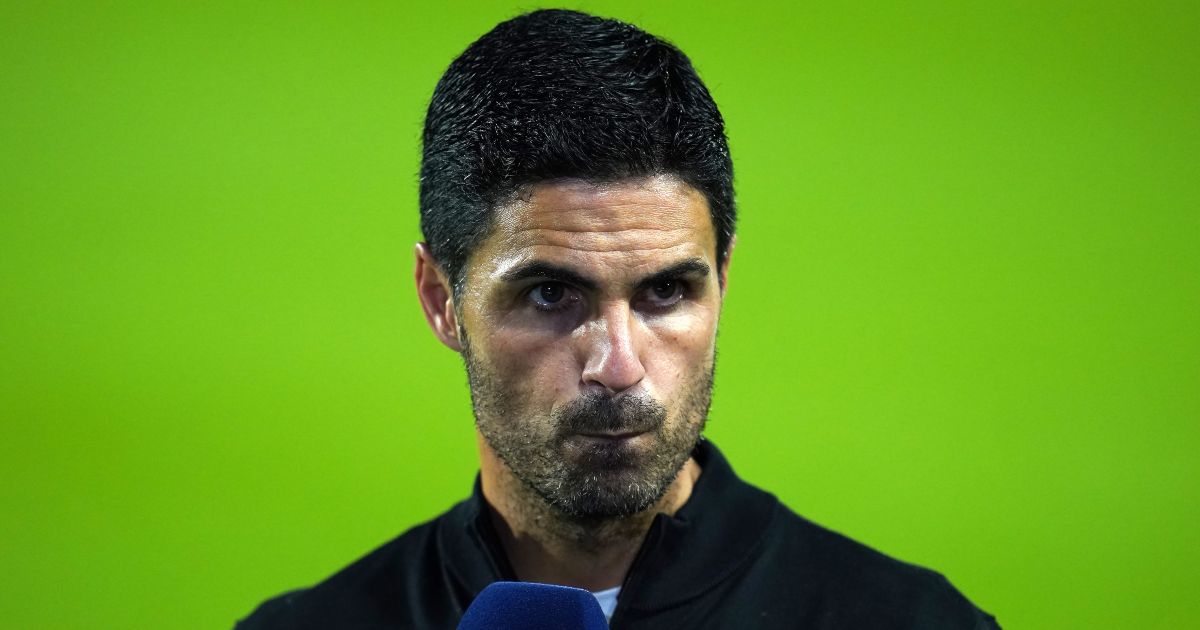 Jamie Carragher thinks Arsenal boss Mikel Arteta was “very naive” for playing a back four against Chelsea’s back three on Sunday.

The Gunners were outplayed by Thomas Tuchel’s side as first-half goals from debutant Romelu Lukaku and wing-back Reece James secured a 2-0 win for the Blues.

Arteta is already coming under pressure from the Arsenal fanbase with the loss against Chelsea coming shortly after their opening day defeat to newly-promoted Brentford.

Five clubs who should be taking the Carabao Cup seriously…

Arsenal started with a back four of Cedric Soares, Rob Holding, Pablo Mari and Kieran Tierney with Carragher feeling “sorry” for Mari for having to come up against Lukaku “one versus one”.

Carragher said on Sky Sports’ Monday Night Football: “Having a look at what they didn’t when you’re playing against Chelsea it’s how you deal with their system – a centre-forward and two numbers 10s and wing-backs like wingers. Arsenal – a back four against a back three was very naive.

“I came up against Lukaku and Dider Drogba and I felt sorry for Mari. To be left one versus one throughout that game, no matter who you are, you would get rolled. I needed help with Drogba, Mari needed help.

“The best way to describe Arsenal is that they tried to play like Man City and Liverpool would do, but they don’t have the players.

“I’m not trying to knock Lukaku, but what he did yesterday doesn’t mean he’s going to do that every week. That’s bad organisation from Arsenal. He’s a handful and a top striker but that football was Arsenal’s own doing.”

Meanwhile, Arsenal midfielder Granit Xhaka says that “no season finishes after two or three games” in response to early-season criticism.

When asked if he and his team-mates are motivated by criticism, Xhaka replied: “Of course.

“A lot of people try to speak and to kill a little bit the players and the team but the strongest thing to do at the moment is to be together, and only together will we be stronger and give the results on the pitch after.

“We want to achieve something big, of course. After two games a lot of people are speaking about this team and about this club but I will say, no season finishes after two or three games.

“We still have games still in front of us, we know we have to improve a lot of things and I’m sure we will do that.”