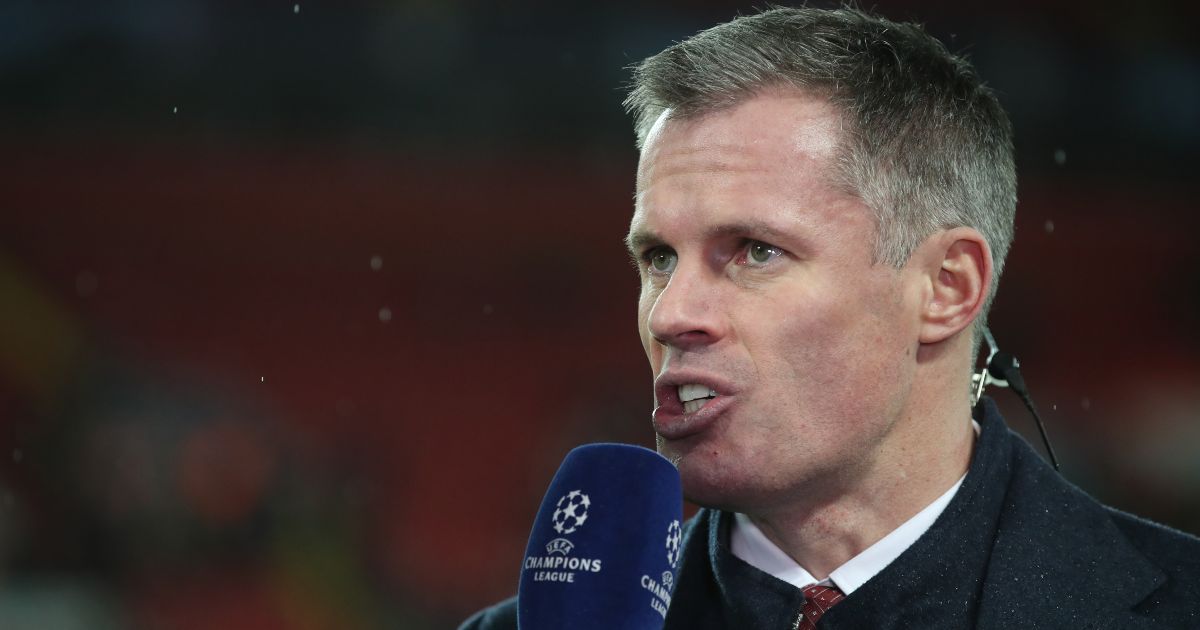 Jamie Carragher thinks the referee was right to award a penalty to Chelsea for Aaron Wan-Bissaka’s “reckless” challenge during their 1-1 draw against Man Utd.

Jadon Sancho had given the Red Devils the lead early in the second half after capitalising on a poor touch from Jorginho to race away and slot the ball past Eduoard Mendy.

Jorginho made amends from the penalty spot after Wan-Bissaka kicked through the back of Thiago Silva as he attempted to clear the ball.

Despite the protestations of the Man Utd players, Carragher thought it was a penalty because of the “reckless” nature of the challenge.

“I think it is a penalty,” Carragher said during commentary on Sky Sports. “It’s very rash from Wan-Bissaka.

“He kicked right through the back of him. It’s reckless. What is he thinking? Thiago Silva’s back is to goal.”

Man Utd caretaker boss Michael Carrick unsurprisingly had the opposite view to Carragher, he said: “I don’t think it was a penalty at all.

“They have had a lot of shots. David [De Gea] had two saves, we knew before the game he would have to make one or two. Other than that I have felt quite comfortable in the game.

“Of course we want to be better. I am not getting carried away but I thought we defended well. I cannot fault the boys one bit. To come away disappointed and to feel like you have left something out there is a positive.”

Rubbish way to concede a penalty from Wan-Bissaka.

“Are you winding me up?” asks Fletcher.

Tuchel pumping up the crowd.#MUFC

Carrick said after the match: “As of now I haven’t got any more news for you really. I was purely focused on the game, so there was enough in my head to prepare the boys for this.

“So after the game now I’m sure I’ll be updated and aware and see what happens in the next few days.

“But as of now I don’t have anything else to give you. We came here with a plan, and we kind of knew how Chelsea would play.

“So that plan was all about stopping the little passes threaded through to Jorginho and Ruben Loftus-Cheek in the middle of the pitch. We were conscious of that.

“It’s just what we decided to go with today and we nearly pulled it off.

“At the moment we’re feeling a little bit frustrated and disappointed really, because we came here to win the game and at half-time we really felt like we had a chance and were right in the game.”