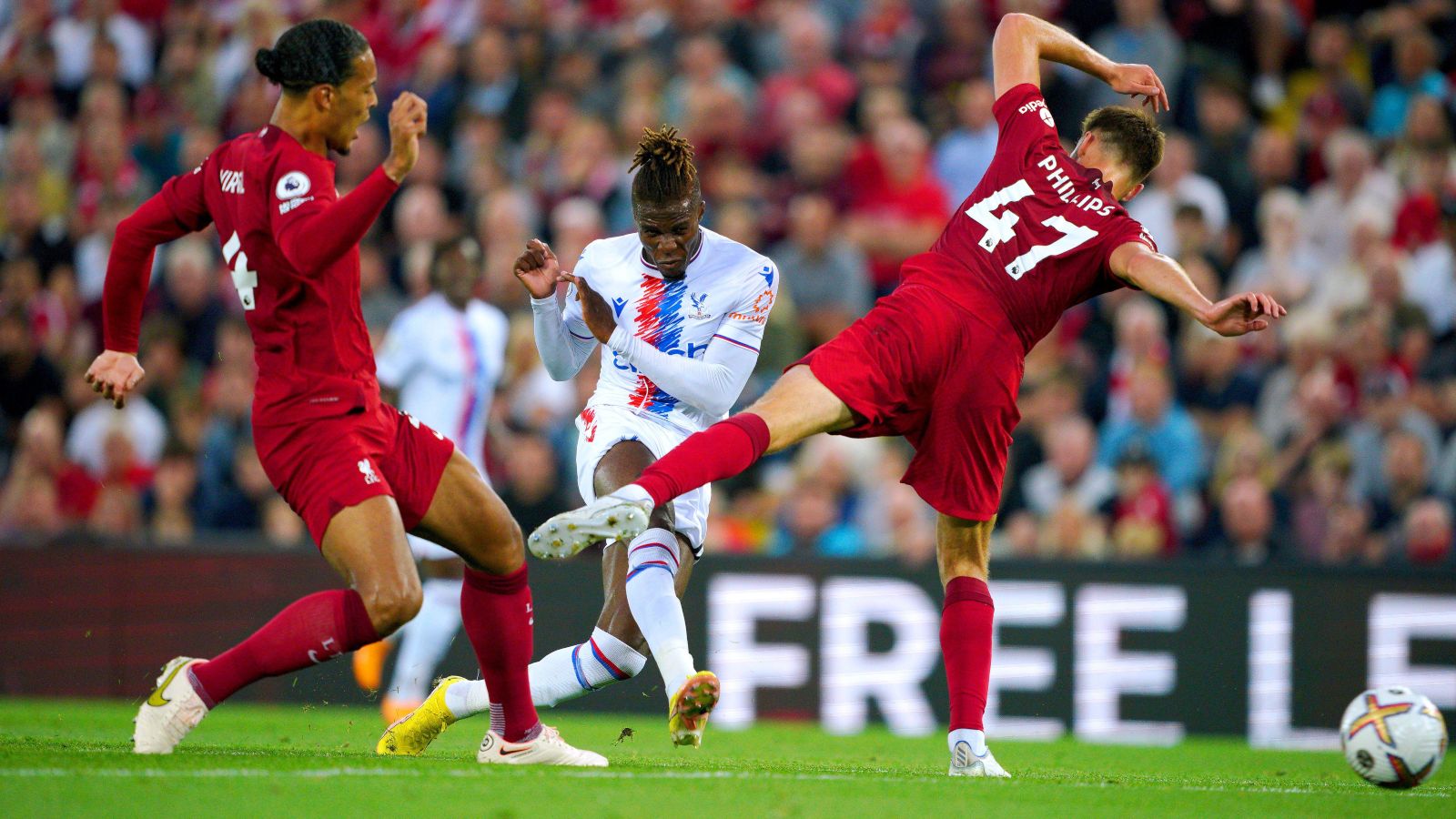 Jamie Carragher thinks Liverpool defender Nat Phillips had a “tough” night in their 1-1 draw against Crystal Palace on Monday.

With Ibrahima Konate and Joel Matip out injured and Joe Gomez only fit enough for the bench, Phillips was given his first Premier League start of the season.

Klopp’s injury list has been growing in recent weeks with important midfielder Thiago Alcantara one of the latest to be ruled out for Liverpool.

And Carragher thinks Thiago’s absence, Phillips’ performance and their lack of attacking options off the bench particularly hurt Liverpool versus Palace on Monday.

“Missing Thiago is a huge loss, you can’t really replace him,” Carragher said on Sky Sports’ Monday Night Football. “Where the injuries really hurt Liverpool was they couldn’t bring in an attacking player from the bench.

“Firmino, Jota, someone when you need a goal – that’s a problem. They’ve ended up with Nat Phillips at centre-back so they’ve had injuries in one position, three centre-backs are out, the problems they had in one position – Phillips found it tough tonight.

“But Liverpool had a team on the pitch to beat Crystal Palace and I think if Nunez stays on the pitch they go on and win that game.”

Liverpool finished last season just a point behind champions Manchester City but, after the first two games of this campaign, they already find themselves four points behind.

Because of the ‘ridiculous’ standard set by Liverpool and City over the past few seasons, Carragher’s fellow pundit Gary Neville thinks “a draw almost feels like a defeat”.

Speaking before the game, Neville said: “I mean it’s ridiculous that we’re actually asking that question and answering it. Of course they will drop points but the standards that these two clubs have set in this last few years is absolutely ridiculous.

“We’ve got to a point whereby with these two where a draw almost feels like a defeat. Particularly if it comes against one of the teams in the lower half of the table.

“You see the average points, 94.8, they only drop 19.2 points a season on average and they don’t drop many against bottom half teams so they’ve set that standard but they have to live by it and that’s why you’re asking that question.

“I suppose in some ways Jurgen Klopp will need to get the win tonight so he doesn’t slip up twice on the bounce.”